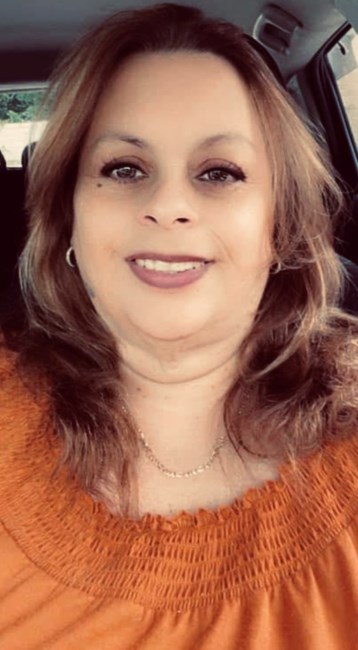 Gabriela Gonzalez, age 56, of Cleveland, passed away on Sunday, January 22, 2023 following a courageous battle with cancer. She was born in Paterson, NJ, the daughter of Josefina Santiago (Luis Massas, deceased) and the late Julio Gonzalez. She is the beloved fiancé of Ricardo Garcia; loving mother of Edwardo Martinez (deceased), Luis Martinez and Xavier Santiago (Seeara); cherished grandmother of Leilany and Nyomi Santiago; dear sister of Alberto Gonzalez (Maria), Lissette Gonzalez, Yanirette Matos (Edwin), Luis R. Massas Jr., Carlos Gonzalez, Julio (Lizette) Gonzalez Jr. and Gabriel Gonzalez (deceased); adored aunt and cousin of many. She is also survived by two people who were very near and dear to her, Norma and Johanna. Cuky was a loving mother, sister, daughter, aunt, cousin and niece who was everyone’s favorite. She was always the funniest in the room but also the strongest. In life she was dealt a hard hand but everything God handed to her she handled with grace, and her faith in him that would make others wonder how she still kept that smile on her face no matter how hard things got. If you knew Cuky you’d know her life has been far from easy. From losing a child that no mother should have to bare, to surviving a house fire, having a heart condition, to getting cancer twice and beating it both times because SHE is the real winner. Not cancer. She gets to be finally free with our father, The King. She never complained, life gave her 3 beautiful children, 2 beautiful grandchildren and a family that loves her. The family will receive friends on Friday, January 27, 2023 from 4PM-8PM at Craciun Berry Funeral Home, 7200 Detroit Ave., Cleveland where funeral services will be held on Saturday at 11AM. Interment to follow at Riverside Cemetery.
See more See Less

In Memory Of Gabriela Gonzalez