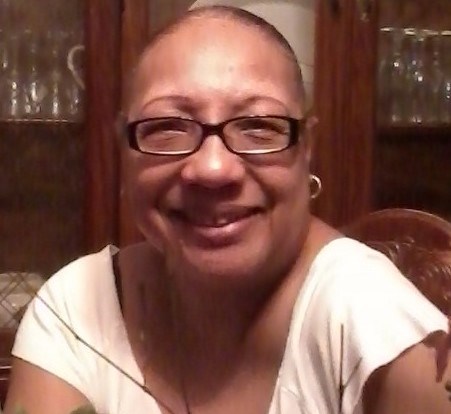 Patricia Ann Carpenter was born Patricia Ann Thomas to the laste Alice and Henry Thomas- in Cleveland, Ohio, on May 14th, 1950. She was the oldest sister and third child of seven children. Pat was a nurturer for most of her life in her god given gift of hospitality and compassion for all. Patricia was a graduate of John Hay High in 1968, and married her late husband Terry Lee Carpenter, where they started their family with a beautiful baby boy named Dion (he told me to put this in there. *smile*) born May 13th, 1968. They proceed to have a bouncing, gorgeous baby girl named Sonya (she told me to say this also) born November 17th, 1970. They relocated from Cleveland to Joliet IL, then to Detroit, and from Detroit back to Cleveland, and after having marital differences, they agreed to dissolve the marriage, and she continued to raise her family. Patricia became a valued pillar of the community by becoming a confidante and mother figure to many. Patricia was a workaholic, and became office manager at Health Systems Agency, where she was employed for 20 years. Also, she was employed at PNC Bank where she was an office manager for 20 years before she ended her working career. In August 1995, she met the love of her life, Everett Lemon, and they became everlasting partners for the duration of her life, lasting from 1995 to present. Patricia was called home on September 17th, 2022, and is survived by her children Dion and Sonya Carpenter, her brothers, Jerry Moore and Henry Thomas, and her brother\sisters in law, Shirley Maldonado, Yvonne Benjamin, and Michael Carpenter. Grandchildren, DeShun Stevens, Tyerra Carpenter, and Erique Richardson- and great grands, Ayden Holloway and Zyaire Allen, as well as a host of nieces and nephews, adopted children, and numerous pets. Patricia now joins her mother, Alice Thomas, her brothers, John Moore, Larry and Terry Thomas, her beautiful little sister, Constance Elaine Thomas. A visitation for Patricia was held Saturday, September 24, 2022 from 5:00 PM to 7:00 PM at Cummings & Davis Funeral Home, 13201 Euclid Avenue, East Cleveland, Ohio 44112. A wake occured Sunday, September 25, 2022 from 1:30 PM to 2:00 PM, 13201 Euclid Avenue, East Cleveland, Ohio 44112. A funeral service occurred Sunday, September 25, 2022 at 2:00 PM, 13201 Euclid Avenue, East Cleveland, Ohio 44112. An interment occurred Monday, September 26, 2022 at 11:00 AM at Evergreen Memorial Park Cemetery, 5505 Northfield Road, Bedford Heights, Ohio. Fond memories and expressions of sympathy may be shared at www.cummingsanddavisfh.com for the Carpenter family.
See more See Less

In Memory Of Patricia Ann Carpenter