To join The Celebration of Life for Rev. Dr. Robert J. Tolbert Jr. please visit Facebook.com/coryumc August 22, 2020 at 10:30AM 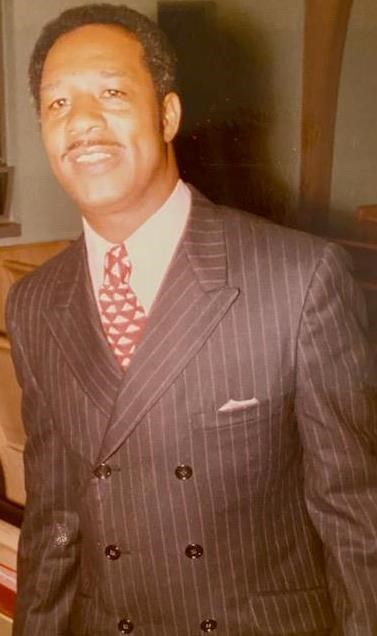 Reverend Dr. Robert James Tolbert Jr. age 89, went to be with his Master on Friday, August 7, 2020.He died of natural causes at Cleveland Clinic- South Point Hospital in Warrensville Heights, Ohio. Funeral Services will be held at Cory United Methodist Church on Saturday, August 22, 2020. Time will be announced. Reverend Dr. Tolbert was born in Murfreesboro, Arkansas on August 30, 1930 to the parents Rev. Robert J. Tolbert Sr. and Ellen Jane Andrews Tolbert. To the union three children were born: Robert J., George W., and Ellen J. who all preceded him in death. Reverend Dr. Tolbert attended Philander Smith College in Little Rock, Arkansas. He attended Gammon Theological Seminary and graduated. He was pastoring Lennon-Memorial United Methodist Church in South Pittsburg, Tennessee met Mary Carolyn Jones. They were wed. To the marriage were born two children: Carolyn J. and Robert J. Tolbert III. Reverend Dr. Tolbert began his ministerial career in 1950. Over the years he pastored churches in Arkansas, Kentucky, Tennessee and Ohio. He entered the United Methodist Church Northeast Ohio Conference in 1969. He pastored Centenary United Methodist Church, Union Avenue UMC in Alliance, Ohio. Reverend Dr. Tolbert was appointed the first African-American in the East Ohio Conference as Akron District Superintendent in 1974-1979. One of his most notable tenures was at the Cory United Methodist Church where he began pastoring in 1979. Cory grew under his leadership where he helped to start many initiatives to include Cory Kitchen and the former, Cory Mass Choir under the direction of Inez Gorman. Reverend Dr. Tolbert received his Doctorate of Ministry from United Theological Seminary in Dayton, Ohio in 1991. He was a loyal and faithful member of the Black Methodist Church Renewal (BMCR). He provided leadership to the East Ohio BMCR and also to the jurisdictional organization. He was a passionate spokesman on behalf of racial justice and a mentor to both clergy and lay. In later years, he pastored smaller churches in the Northeast Ohio Conference but his impact was just as powerful. He retired from the ministry in 2003. Reverend Dr. Tolbert enjoyed teaching bible study, fishing and attending family gatherings of all kinds. He always had a smile and a positive word for members, family and friends. Reverend Dr. Tolbert is survived by his wife, Mary, Cleveland, Ohio; his daughter Carolyn (Cleveland, Ohio) and; Robert (Cleveland, Ohio).
See more See Less