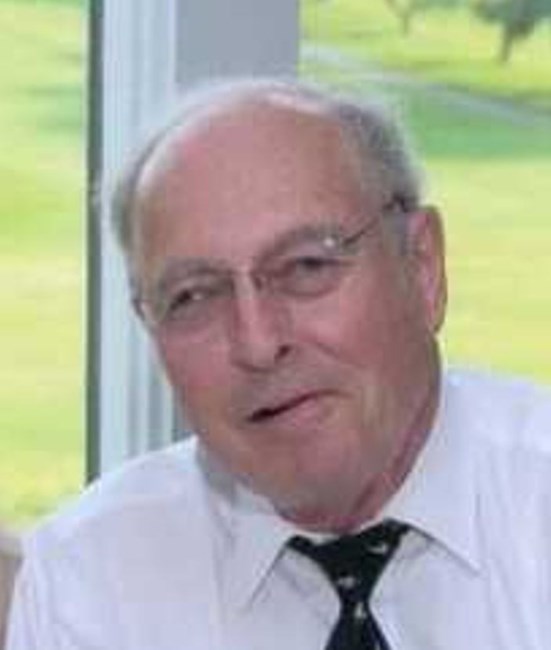 Paul B Gardner passed away at home on January 24th after a long battle with Alzheimer’s. Paul was born November 25, 1940 in Providence RI to the late Muriel and Byron Gardner and was pre-deceased by his sister Lynne (Gardner) O’Donnell. He attended East Providence High School and joined the Navy as a radioman stationed on the USS Boston. He has degrees from the University of Rhode Island, Rensselaer Polytechnic Institute and Worcester Polytechnic Institute. He married Karen (Temple) Gardner in 1965 and raised 4 children. He spent his career in the aviation industry working for Hamilton Standard, Norton Company and Sikorsky Aircraft. He retired from Sikorsky in 2002 as an International Business Sales Executive. Paul was an avid boater and spent many weekends touring the New England coast with his family. He also had a love/hate relationship with golf. He is survived by his wife Karen of 58 years along with his children: Mark and his wife Carolyn of Groveland, MA, Michael and his wife Karen of Clinton, CT, Jeffrey of Clinton, CT and Rebecca and her husband Theron of Weymouth, MA and eight grandchildren: Christopher, Benjamin, Allison, Matthew, Eve, Kate, Elle, and Andrew. A special thank you to Yale-New Haven Hospice for their kindness and loving care. A Memorial Service will be held at Swan Funeral Home in Clinton, CT on February 4th at 1pm. The family asks in lieu of flowers, donations be made to the Alzheimer’s Association in Paul’s name at www.alz.org.
See more See Less

In Memory Of Paul B Gardner