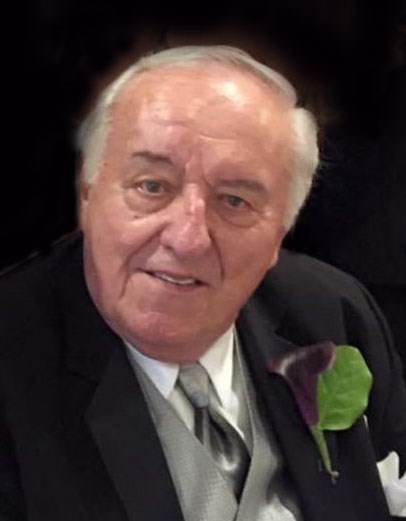 Henry Kenneth Bone, age 88, of Clinton Township, Michigan passed away on Friday, May 6, 2022. Henry was born November 19, 1933 in Detroit, Michigan to the late Harry Olds & Alma Anna (Alexy) Bone. Henry is survived by his daughter, Laura Bone; grandchildren, Ryan Bone, Brittany (Brian) Wolfe, Brandon Gallo; great-granddaughter, Blayke Dill. He was preceded in death by his wife, Jeanne Bone; and a son Gary Bone. Henry was born in Detroit and resided on the east side most of his life until retirement in 1992. He attended Southeastern High School where he was on the football team. After graduation he enlisted in the Air Force and was a crew chief/flight engineer. This took him all over Western Europe and North Africa. He was eventually stationed in England where he and some buddies attended a dance and he spotted a beautiful girl with gorgeous, dark curly hair and big brown eyes. He instantly fell in love. Her name was Jeanne from nearby Watford. This love grew and led to marriage, a daughter Laura and when their son Gary was on the way, Jeanne ventured with an 18 month old daughter, by herself to move to the US, a country where she had never been to live with in-laws she’d never met. Henry still had a few months to go and would join them and set up their own household. Once home in Detroit, Henry, eventually well known as T-Bone, fulfilled his childhood dream, enrolled in the police academy, and became an outstanding highly decorated police officer in the City of Detroit leading to many accolades, promotions and an assortment of different specialties. He loved being a detective, and his forte was homicide investigation, solving cases too numerous to count. He and his career best friend were involved in investigating the Oakland County child murders and had volumes of gathered information that they eventually turned over to current investigators. He really felt he had the answer hidden in that information and was disappointed he never got to see it solved, and maybe be part of that success. Henry loved when his family spent time with his parents who lived on White Lake. Years and years of swimming, sitting by the water, partying, entertaining , Yahtzee, and poker games. When he became the family elder on his mother’s side after her generation had passed, he and Jeanne became the permanent hosts of the annual Alexy Christmas Eve parties, which he continued even after her passing. He really enjoyed the opportunity to have everyone together to continue a decades old tradition. Twice a year a big group of family and friends would go to Las Vegas. It was a big deal. Many would stay at his house and the party started the night before leaving. This group always had a great time. Henry loved casinos, particularly video poker, and was fortunate enough to hit a natural royal flash on several occasions. When his grandchildren came along, Henry’s favorite times were the family vacations in cabins on Lake Huron near Mackinaw City. The group always included friends and was always a great time. Ryan and Brittany, now adults, hold these as some of their most cherished memories. Henry was generous. Very. He loved scratch off lottery tickets and loved giving them out. He was a tall man and could be a bit intimidating to his children’s friends, but he was kind and would do anything for you. He was very intelligent, well informed, and acutely aware of the details of current events. He was funny, always a jokester, and if he was hurting inside, one wouldn’t know it. His last year, especially recent months, was trying but he got out each day and put on a smile, and hung out at his favorite hangout Floodz and played Keeno. Henry’s Christian faith was quiet but very strong. He will be greatly missed by his family and friends. A rare gem. A visitation for Henry will be held Tuesday, May 10, 2022 from 3 - 8pm at Kaul Funeral Home. A funeral service will be Wednesday, May 11, 2022 at 10 am, Kaul Funeral Home, 35201 Garfield Rd, Clinton Township, MI 48035. Burial will be at Cadillac Memorial Gardens East, Clinton Township. Fond memories and expressions of sympathy may be shared at www.kaulfuneralhome.com for the Bone family.
See more See Less

In Memory Of Henry Kenneth Bone