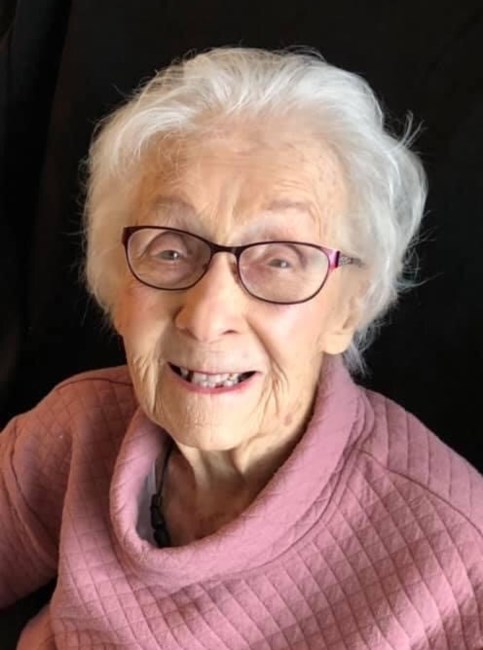 Maxine’s life was devoted to her husband and family and also her Catholic faith. She never forgot any family birthdays or anniversaries, and she and Ed seldom missed any games or activities in which their children and later their grandchildren were participants. In a Michigan Catholic feature article, Maxine was referred to as “The Queen of Our Lady Queen of Heaven,” the Detroit parish to which the couple belonged and served faithfully for three quarters of a century.

Mrs. Hafeli will lie in state from 11:30 am until the time of the Funeral Mass at 12 noon on Wednesday, November 24, 2021 at St. Paul of Tarsus Catholic Church, 41300 Romeo Plank Road (at Canal Road), Clinton Township, MI 48038. Celebrating the Funeral Mass will be Rev. Jerome Slowinski. The Committal Service will take place following the funeral at Resurrection Cemetery, 18201 Clinton River Rd. Because of COVID, a funeral luncheon will be held at a later date.

Memorial donations are appreciated to the Solanus Casey Center/Capuchins or to a charity of your choice.

In Memory Of Maxine Hafeli