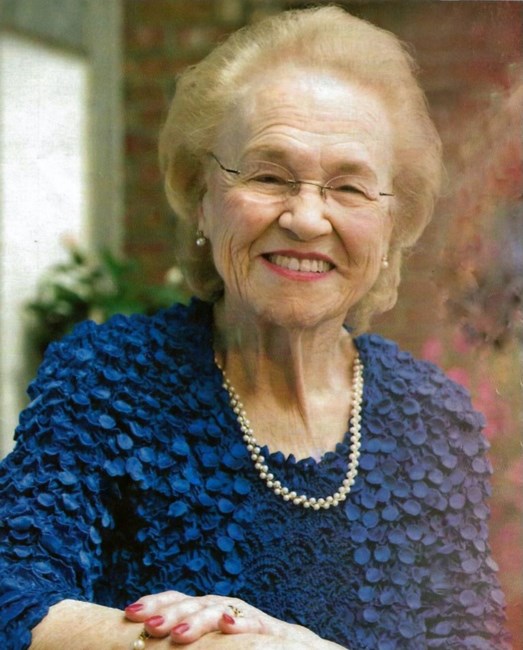 Ruth L. Conrad, age 99, passed away peacefully Tuesday, July 26, 2022 at Shelby Crossing Health Campus, Shelby Township, Michigan. Ruth was born in Logan Township, Pennsylvania on June 7, 1923, the daughter of William and Mabel Shannon. After Ruth graduated Altoona High School, she married Robert J. Conrad, Sr. in August of 1940. She had a son, Robert J. Conrad, Jr., and moved to Detroit then Eastpointe, Michigan. After a few years she went to work for Michigan Bell as a Switchboard Operator and later a secretary, eventually retiring. Ruth belonged to a few organizations such as Warren Sterling Heights Elks Lodge, Order of the Eastern Star of the Masonic Temple and Shriners. She also attended Emmanuel United Methodist Church in Eastpointe and later was selected to be Resident President of Shelby Crossing, where she resided since 2017. She was a voice for the residents there. Ruth was a proud Republican. She is survived by her son, Robert J. Conrad, Jr. (the late Marie), four grandchildren, Michele (Dominic) Gerard, David (Patricia) Conrad, Jennifer Conrad (Randy Ingersoll), and Christina (Vince) Falzetta, six great grandchildren, Andrew Gerard, Alexandra (Mike) Chapman, Vincent Falzetta, Hannah (Brandon) Roten, Sarah Conrad, Nina Conrad, and two great great grandchildren, Athena Conrad and Cora Roten. A memorial services will be held at Resurrection Funeral Home, 40800 Hayes Road, Clinton Township, Michigan on Saturday, August 13, 2022, from 9:00 AM to 1:00 PM. Ruth will rest in peace at Christian Memorial Cemetery located in Rochester Hills, Michigan. Memories and condolences may be shared with the Conrad family at www.resurrectionfuneralhome.com
See more See Less

In Memory Of Ruth L. Conrad