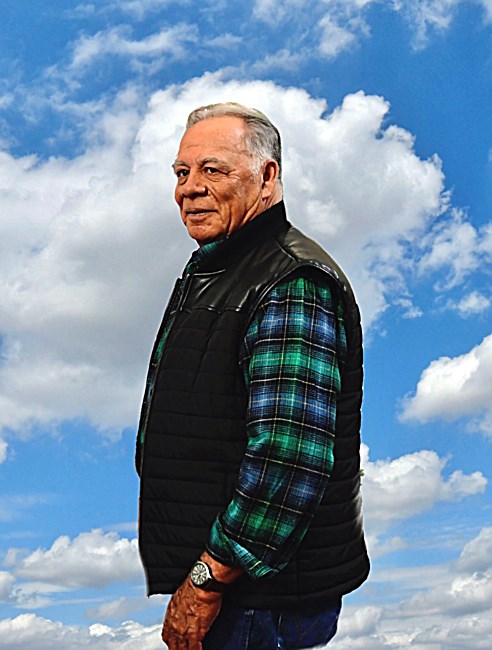 Abelardo Guzman, age 75, passed away peacefully in his sleep at his home in Clovis, California on January 21, 2023. He was born on May 15, 1947, in Rancho La Luz, Villa Morelos Michoacán. Abelardo immigrated to the United States in 1964 and began his employment in agriculture in San Jose, California. In 1969 he moved to Clovis, California and worked at various farm labor fields. In 1973 he began his long term employment with P-R Farms as a field worker and later as a tractor operator. He was very dedicated to his work and never liked missing a day. He will be remembered for his passion for taking care of his plants, bird feeders, lawn, and fruit trees, tending to them daily. After a hard day's work, he enjoyed relaxing and drinking with his close friends in his favorite spot under his tree. He and his wife loved traveling to Mexico to visit family and friends and had recently returned from his last trip on January 17, 2023. In 1978, he met his wife, Bertha Jauregui, and was married a year later. He had one daughter from a previous relationship and inherited five sons and two daughters from his marriage. He loved his family dearly and was happiest when he was surrounded by and happily bugging his grandchildren. They were, as he would say, “mis babies”. He is survived by his wife of 44 years, Bertha, and his children Audelia, Cruz, Alicia, Gary, Herb, Steve, Hector, and Yolanda, and his siblings Alfredo, Enrique, Juventino, Stella, Luz, and Fabiola. He was blessed with 22 grandchildren and 15 great-grandchildren. He is preceded in death by his parents; Pasiano Guzman, and Procora Madrigal, and his brother Gildardo. “As grandpa would say, ‘I love you to much!’” A Visitation for Abelardo will be held Wednesday, February 15, 2023 at 2:00 p.m. at Boice Funeral Home, 308 Pollasky Avenue, Clovis, California 93612. A Rosary will occur Wednesday, February 15, 2023 at 6:00 p.m., 308 Pollasky Avenue, Clovis, California 93612. A Funeral Mass will occur Thursday, February 16, 2023 at 10:30 a.m. at Our Lady of Perpetual Help, 929 Harvard Avenue, Clovis, California 93612. Immediately following the Funeral Mass, there will be a Committal Service on Thursday, February 16, 2023 at Clovis Cemetery, 305 North Villa Avenue, Clovis, California 93612. Fond memories and expressions of sympathy may be shared at www.boicefuneralhome.com for the Guzman family.
See more See Less

In Memory Of Abelardo Guzman

Our Lady of Perpetual Help