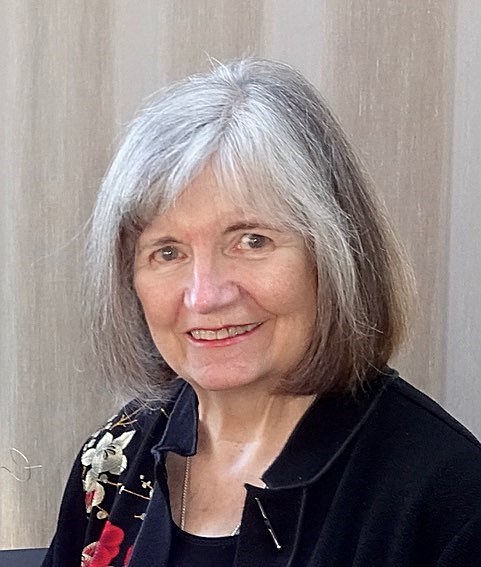 It is with great sadness that we announce the passing of Darlene on July 28, 2022 at the age of 86, after a long struggle with Parkinson’s Disease. Darlene was born on November 26, 1935 in Los Angeles, California. After moving to Chicago as a child and attending college, she found her way to Fresno, California where she was introduced to her future husband, Al Chandler. Darlene and Al married on July 4, 1969 and she became the mother to his two small children. Darlene enjoyed a long and satisfying career in banking as Operations Manager for Great Western Bank, Sanwa Bank and a few others until her retirement in 1998. Her greatest passion was painting and she became well known for her beautiful landscapes, flowers and Christmas Poinsettias. Darlene also loved to take photos and captured thousands of shots during her and Al’s travels along the coast and through many National Parks that later became the inspiration for hundreds of paintings. Darlene enjoyed many years of friendship with her ‘gals’ at painting class until Parkinson’s made painting too difficult. However, during these last couple of years, Darlene picked up her paint brushes again and painted some beautiful pieces. Darlene is survived by her two children, Connie Young (Ray) and John Chandler (Diana) and 7 grandchildren. Alethia Bestenheider, Candice Smith (Scott), Jason Perry (Amber), Justin Perry (Ashley), Breanna Jordan (Brent), Brad Perry (Sammy), Mitchel Chandler, several great grandchildren, 3 nieces and 1 nephew, Charlotte Saunders (Lowell), David Malsbury, Karen Malsbury and Pamela Metzer (Gary), and their respective families.
See more See Less

In Memory Of Darlene Lynn Chandler