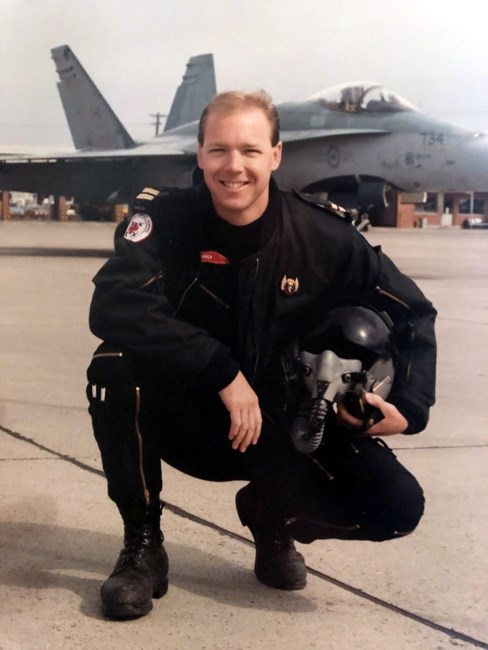 Writing an obituary for the love of your life is very difficult, as so many of you might know. It’s impossible to sum up a full, wonderful life in just a few lines. My husband had a heart for service and always made time for patients, family or friends, no matter the issue or time of day. Dr. Brian John Feaver, 61, of Lake Jackson, Texas passed away on February 6, 2021. Dr. Feaver was born on August 26, 1959 in Grimsby, Ontario to Bob Feaver and Margaret Elizabeth Evans Feaver. After graduation from McMaster University Medical School in 1987, he served with the Canadian Airforce for 11 years. He participated as Senior Flight Surgeon in Operation Desert Storm. Dr. Feaver received the Top Knife Award, which is the Top Gun Award for flight doctors. He was the Squadron Surgeon at 410 Fighter Surgeon, the base surgeon at both CFB Cold Lake and CFB Moose Jaw. He served with and flew as the Team Doctor for the Canadian Forces Snowbirds demo team. He was the team doctor for the United States Air Force Heritage Flight. Dr. Feaver was a private pilot and owned various aircraft. Among his many accomplishments, Brian was a singer in the Moose Jaw base band, “The Flatland Blues Band.” He was especially known for his version of Mustang Sally. He served as President of the American Academy of Family Practice. He was awarded a degree of Fellow in 2009 by the American Association of Physician’s Specialists. Dr. Feaver received the American Medical Associations Physician Recognition Award every year since 2004. Brian and I met in 1993 in Moose Jaw, Saskatchewan. After a whirlwind courtship, we married on New Year’s Eve in 1994. We moved to Texas in 1995 to begin his medical career. Brian opened Feaver Family Practice in Lake Jackson in 1998. Our love for music and travel has taken us around the world over the years. Brian lived a full life with loving friends and close family. He loved spending time at our cottage at Six Mile Lake. If you have ever ridden in a car, plane or on a motorcycle with him, you know he had a need for speed. Dr. Feaver was preceded in death by his mother Margaret, his daughter Madeline Noel, and their pet, Duke. He is survived in life by his loving wife of 26 years Michelle, their pets Walter and Clark, his dad Bob and his wife Judy, his brothers Glenn and his wife Lynn, Jim and Doug Feaver and numerous nieces and nephews. Brian Feaver lived and loved life to the fullest. He was the life of the party, and a life-line to his patients. He will always be remembered and never forgotten for his dedication and selfless service to our community and his love for his friends and family. In honor of Brian’s love of life, and in lieu of flowers, donations can be made to the Leukemia and Lymphoma Society and the Oral Cancer Foundation. I’d like to thank the doctors and nurses of M.D. Anderson Cancer Team, Dr. Manjit Randhawa, Dr. Jasmine Randhawa, Dr. Reddy, Dr. Pant, and Dr. Shohr.
See more See Less