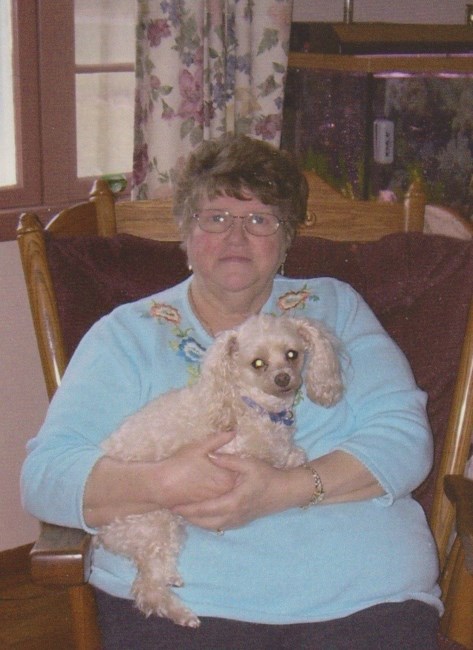 Pheobe Marie Lewis age 76 of Coldwater, passed away Sunday, February 19, 2017 at her home under the loving care of her family, hospice and caregivers Ruby and John. She was born August 17, 1940 in Coldwater the daughter of Wesley and May (Flemming) Dolittle and they precede her in death. She married George Robert Lewis on August 23, 1958 and he preceded her in death in 2002. In addition, Pheobe was also preceded in death by her son, Jeffrey Lewis in 2013 and a brother, Wesley Dolittle, Jr. Pheobe was a very dedicated and loving wife and mother. She was an awesome homemaker and wonderful cook and loved cooking for her family. She also loved and cherished her dogs and regarded them as family too. Pheobe was very talented and enjoyed crafts including painting, sewing, knitting and crocheting. She leaves to cherish her memory, daughter, Leesa (Gregory) Woodworth of Bronson, granddaughter, Jammie Woodworth, 2 great granddaughters, one of which carries her namesake, Phoebe Jean Ames, siblings: Lamona Barber, Jeannie (Harold) Higbee and Jerry (Alice) Dolittle. Phoebe’s family will celebrate her life with a Graveside Service on Wednesday, February 22, 2017 at 1:00 PM at Oak Grove Cemetery in Coldwater where she will be laid to rest next to her loving husband of 44 years. Arrangements are entrusted to Putnam Funeral Home, 11 E. Chicago St., Coldwater, MI. To leave messages of condolence for the family, please visit www.putnamfuneralhome.com.
See more See Less

In Memory Of Phoebe Marie Lewis