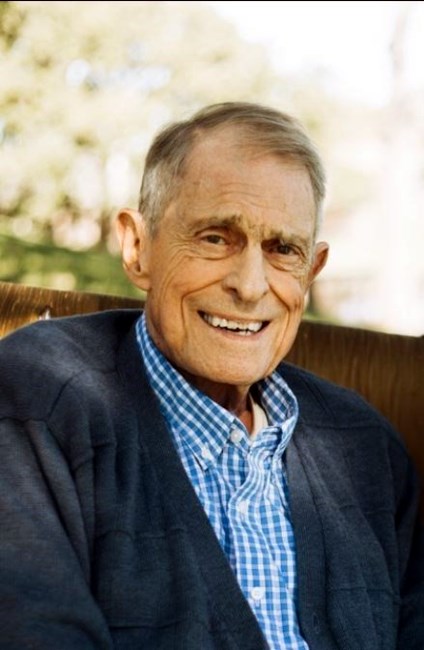 Albert Collins "Pete" Krause passed away at his home on August 19, 2018, surrounded by family. The oldest of two sons, Pete was born on March 21, 1931, in Anaconda, Montana to Frances and Albert Krause. Pete's early life was shaped by the hard work on the family dairy farm in upstate New York where he learned the importance of attending to the job that needed doing no matter how difficult or tiring. His ability to tackle a challenge and see it through would come to define Pete Krause. The rhythms of the farm gave way to the drumbeat of the Marine Corps, which Pete joined in 1950. His positive attitude and character led him to the ranks of the aviators where he served his country piloting both prop and jet aircraft until1958. A 30-year career with Braniff Airways followed his military service where he attained the rank of captain. In the days before cockpits were equipped with computers, Pete flew routes to South America, expertly guiding his aircraft through the mountainous and challenging terrain during the airline's glory days of international flights. Pete worked with skill, quiet confidence, humility in his talents, and a personal code of ethical conviction that drew people to him. While working for Braniff, Pete found time to serve his fellow citizens as a three-term mayor of Euless, Texas from 1968 to 1974. Fittingly, Pete was mayor during the completion and opening of DFW International Airport. He also worked as an instructor for Airbus jet manufacturers in both Miami, FL and Toulouse France, which was pure joy for Pete who was a foodie before there was such a thing. Despite his successes in the airline industry, Pete’s favorite times were with his beloved wife Patricia Branch Krause “Patty” and their eight children. He and Patty would have been married 65 years on August 22. Pete did not reserve his love to just his immediate family, countless others benefitted from his generous spirit. The Krause home was often open for business: holidays and special occasions always saw extra places set at the table. Pete is preceded in death by his daughter Lisa Martin, and his grandsons Gregory Krause MD, Jacob Martin, and Collin Richards. He is survived by his wife Patty, their children Margaret, Susan, Peter, Dean, Marianne, Rebecca, and Matthew, fifty-five grandchildren and great-grandchildren and his brother David, David’s wife Wanda and their children. By the grace of the God whom he called Father, Pete has now been welcomed home...the good and faithful servant.
See more See Less

In Memory Of Albert Collins Krause