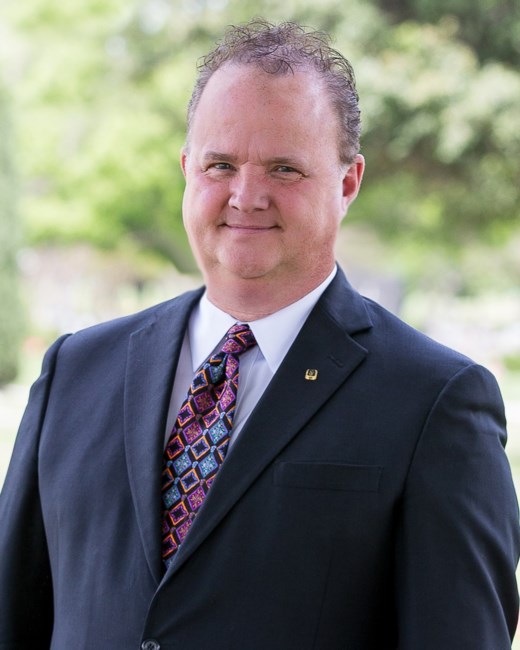 Edward Keith Boling passed away on Wednesday, September 25, 2019 at his home in Lewisville, Texas. He will always be remembered as a loving father, a colleague and a loyal friend to all who knew and loved him. Edward was born on November 4, 1960 in Spokane, Washington to Edward and Melba Boling. He is survived by his daughter, Mariah Blair Boling, his mother, Melba Boling Callaway, sister Mellonie Saunders, and brother, Barry Lee Boling and a host of relatives, friends and colleagues. Edward attended high school in Arlington, Virginia. He is a graduate of Oral Roberts University in Tulsa, Oklahoma with a Bachelors of Science in Biology. He graduated from Mortuary school in February of 1997. Following a couple of years of entrepreneurship he joined the Welch Funeral Home in Longview, Texas as a Funeral Director. He also served as Funeral Director at Stewart Family Funeral Home in Tyler, Texas. He joined McEwen Funeral Service/Pineville Chapel, part of Dignity Memorial in Charlotte, NC in January, 2007. In 2011 he moved back to the greater Dallas area and worked for Sparkman-Hillcrest Funeral Home. He also assisted at Bluebonnet Hills Funeral Home for approximately a year before rejoining Sparkman-Hillcrest Funeral Home. The Funeral service will be held on Wednesday, October 2, 2019 at 10 o’clock at Sparkman-Hillcrest Funeral Home, 7405 West Northwest Highway, Dallas, TX 75225. Phone: 214-363-5401. Interment will follow in Hillcrest Memorial Park. Online condolences may be made by visiting www.bluebonnethills.com. If you wish to send floral condolences in honor of Edward, you may call Lilium Floral Designs at 817-589-1566; www.liliumflorals.com. Memorial contributions may be made to The Gideons International by phone at 1-866-382-4253 or by mail at The Gideons International Processing Center, P.O. Box 97251 Washington, D.C. 20090-7251. www.gideons.org
See more See Less

In Memory Of Edward Keith Boling