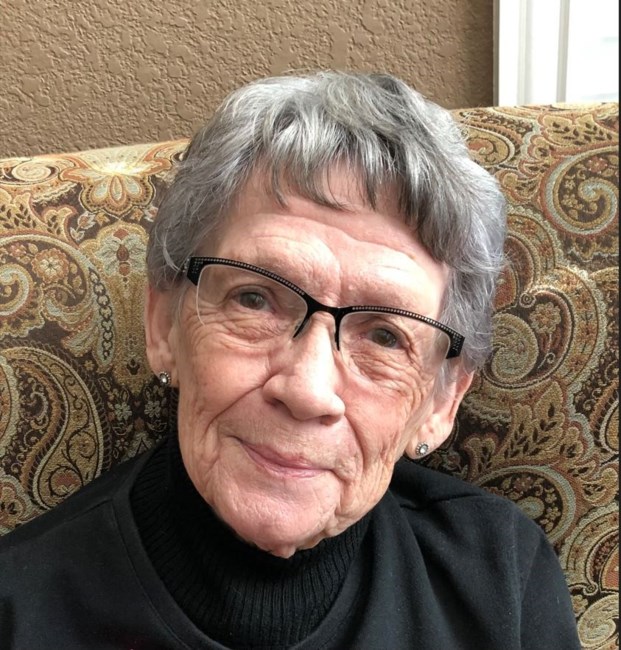 Esther Kapp, of Colleyville, Texas, quietly passed away on August 2, 2022 in North Richland Hills, Texas. Esther will always be remembered as a kind, loving mother and friend to all who knew her. She was born on February 7, 1933 in Kulm, North Dakota to Wilhelmina and August Harr. Esther was a strong, determined and fiesty woman who cared deeply for her family, her many friends she has known in her lifetime, and all things in nature. She was an avid gardener and was always her happiest while on her knees in the garden. She was always ready for an adventure and saw the positive in everyone she met. Esther is survived by her daughter, Dakota (Cody) and her husband, Richard Spielmann of Colleyville Texas; their children, Katie and Libby; son, Kole and his wife, Jerilyn Kapp of Rockingham North Carolina; their children, Analee and Kolette; son, Scott Kapp and his wife, Teresa of Griffin, Georgia; his daughter, Misty, and daughter-in law, Robin Kapp, of Rockingham, North Carolina. Esther will be greatly missed by all, including her nine great grandchildren. In addition to her parents and 11 siblings, she is preceded in death by her husband, Al Kapp and son, Kirk Kapp. A memorial service will be held at 3PM, September 1, at Bluebonnet Hills Funeral Home in Colleyville. Memorial contributions may be made to the Alzheimer Dementia Association. Fond memories and expressions of sympathy may be shared at www.bluebonnethills.com for the Kapp family.
See more See Less

In Memory Of Mrs. Esther Kapp