To View Larry's Memorial service, please use the "Join Livestream" link in the service information below. 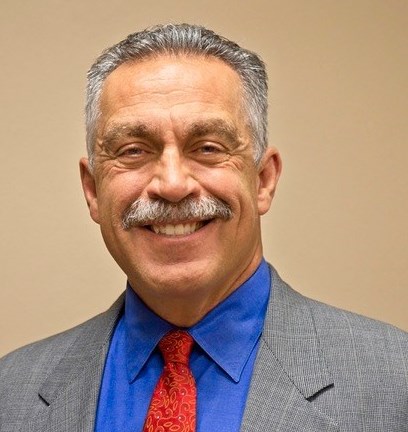 Dr. Larry Mitchell Kjeldgaard, age 63 of Keller, Texas went to be with the Lord on April 18, 2022. Larry was born on May 24th, 1958, in Batavia, New York, the youngest son of Andrew Martin Kjeldgaard and Janice Eleanor Brown Kjeldgaard. He and his older brother, Andrew Lance Kjeldgaard spent their childhood in the house that his parents built in East Pembroke, New York. It was during his middle school years that he accepted Jesus as his personal Lord and Savior. He graduated from Pembroke Central High School in 1976. A special memory for Larry was the Bible his brother gave him for his 30th birthday. In 1980, Larry graduated from State University of New York at Buffalo with a Bachelor of Science degree in Physical Therapy. He started his career at Genesee Memorial Hospital in Batavia as a Physical Therapist, the hospital where he was born. While working full time, he attended night school at University of Buffalo to finish needed courses in preparation to apply to medical school. He accepted admission into the Philadelphia College of Osteopathic Medicine in 1982 where he developed a great interest in orthopedics. This interest continued to grow throughout medical school. He graduated from Philadelphia College of Osteopathic Medicine in 1986 as a Doctor of Osteopathy for which he was forever proud and thankful. His internship followed at Community General Osteopathic Hospital in Harrisburg, PA. Dr. Kjeldgaard then traveled to Texas to secure an Orthopedic Residency at Northeast Community Hospital in Bedford, Texas in 1987. In Texas Larry met the love his life, Linda Morton Moody, and they were married on February 24, 1990. Larry welcomed Linda’s 9 year old son Trenton as his own. From the beginning, Larry loved and adored him. They relocated to Michigan to finish his orthopedic training at Pontiac Osteopathic Hospital where his residency was completed in 1991. While in Michigan, the Lord blessed them with a second son on June 25, 1993. Mitchell Morton Kjeldgaard has always been a joy and delight. Both boys were deeply and richly loved and a source of strength. After completing his residency Dr. Kjeldgaard took his first position as a medical doctor at Georgia Orthopedics in Cartersville, Georgia. In 1999 Larry and Linda returned to Texas to start Trinity Orthopedics as their private practice that grew and served the community for over 15 years. God continued his blessings, as the practice was sold in 2022 to HCA. Larry and Linda remain grateful for the many friends, colleagues and staff that help build a successful practice over the years. Larry felt very blessed in every way possible. Personally, to be loved by Linda, a strong woman who is devoted to him and loves the Lord. He relied on her judgement and discernment, especially during difficult times. He was very proud of both of their sons Trenton and Mitchell whom have become amazing men. His daughter-in-law Rebekah and granddaughter Brooklyn have brought much joy and laughter to his life. Larry also has a special place in his heart for those God later placed in their lives... Skyla Barger, David Schmidt, James Schmidt, Doug Maceda, Daniel Spivak and Kevin Mench. Larry and Linda both enjoyed serving in several capacities especially the Sheepdog Defense group for Fellowship of the Parks church where they have attended for the last 9 years. Larry was preceded in death by his parents, Andrew and Janice Kjeldgaard. Those left to cherish his memory include his wife Linda; their son Trenton Moody and his wife Rebekah and their daughter Brooklyn; their son Mitchell Kjeldgaard; Larry’s brother Andrew Lance Kjeldgaard and wife Linda and their children Tom and Anne; including other loved relatives. The family would like to ask that In lieu of flowers, please consider donating or purchasing Bibles from Gideons International at www.gideons.org/donate or call (615) 564-5000. Larry’s favorite verse: 1 Thessalonians 4:11-12 “Make it your ambition to lead a quiet life, to mind your own business and work with your hands, just as we told you, so that your daily life may win the respect of outsiders and so that you will not be dependent on anybody”.
See more See Less