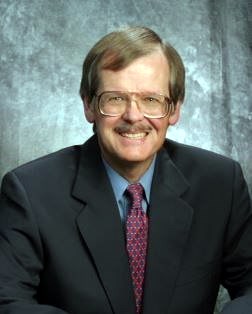 Mr. Mark Johnson, age 71, of Colleyville, Texas passed away on Thursday, October 14, 2021. Mark was born October 15, 1949 in Springfield Massachusetts. Mark graduated from the University of Massachusetts and received B.A. & M.A. in British History, and a PhD in Mass Communications. He later graduated from the University of Houston where he received his J.D. He was married to Patricia Ballenger on April 11, 1992. Mark worked at Southwestern Bell Telephone Company and at American Airlines as an attorney & later at American Airlines as Manager of Benefits Compliance. In 2001 he founded his own business ERISA Benefits Consulting Inc. which he was still operating at the time of his death. Mark was a longtime member of the Colleyville Fire Academy Alumni Association & loved doing things for the Fire Department. He also loved serving his community as president of the Colleyville Center Board, and president of the Mill Creek Homeowners Association. Mark had a passion for many things including Model Railroading, Running, Military History, Travel, anything Disney, Star Wars, his family (especially his nieces & nephews) and for life itself. Mark was preceded in death by his parents, Gilbert and Rita Johnson, and his best friend Colonel J. Matrix. Mark is survived by his wife Patricia Ballenger, his brothers and their wives Gilbert & Susanne Johnson of Naples, Florida, Michael & Kay Johnson of Harker Heights, Texas, Jeffrey and Judy Johnson of Naples, Florida, his baby sister Kaaren O’Neil of East Longmeadow, Massachusetts, and by his sister-in-law Vickie Westbrook of Baytown, Texas. Surviving him also were his many nieces & nephews that he loved dearly including Kristin Johnson of Austin, Texas, Sarah Johnson from Leander, Texas, Faith Johnson-Moore & her husband Jeff Moore of Leander, Texas, Lauren Johnson-Jay & her husband Warwick Jay of Canberra, Australia, Thomas Johnson of Naples, Florida, Colin O’Neil (his godson) of Medford, Massachusetts, Matt O’Neil of East Longmeadow, Massachusetts, Karissa Brisbin of Baytown, Texas, Taylor Brisbin of Baytown, Texas, Karma, Trip, & Issabelle (his princess) Silvia of Baytown, Texas. One of Mark’s favorite charities was the Salvation Army. He loved flowers but would be very appreciative of donation to the Salvation Army instead. And if you see a red kettle this season, please toss in some money & think of Mark. He never passed a red kettle without contributing & often went out of his way to find them. A Funeral Service will be held on Tuesday, October 19, 2021 at 10:00am at Bluebonnet Hills Funeral Home located at 5727 Colleyville, Blvd Colleyville, Texas 76034 Interment will follow in the Garden of Columns at Bluebonnet Hills Memorial Park. If you wish to send flowers in honor of Mr. Johnson please contact Lilium Floral Design at 817-589-1566 or http://www.liliumflorals.com. Fond memories and expressions of sympathy may be shared at www.bluebonnethills.com for the Johnson family.
See more See Less

In Memory Of Mr. Mark Johnson