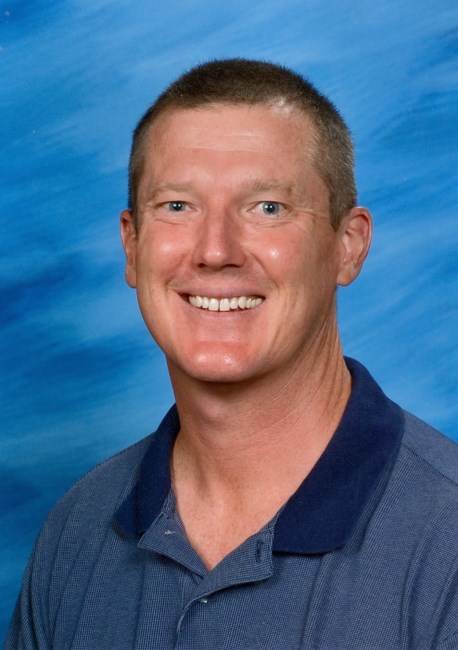 Steven Edward Ganner, age 44, of Hurst, Texas went to be with Our Lord and Savior on Friday, April 28, 2017. He is preceded in death by his grandparents and his uncle, Randy Robinson. He leaves behind his parents, Herbert and Darlene Ganner; siblings, Dwayne Ganner and wife Hollee, Debbie Mayon and husband Alan; Nephews and nieces, Christopher Hume, Nicholas Hume, Madeline Mason, Courtney Mayon, and Kyle Mason; Aunts and Uncles, JoAnn Scott, Jimmy Rich and wife Debi, Nancy Hall and husband Gary, and Carol Robinson Filby and many cousins, extended family members and close friends. Steven was raised in Hurst, Texas and graduated from L.D. Bell High School. After graduating from UTA with a Bachelors Degree in Mathematics, Steven returned to L.D. Bell as a high school math teacher. He loved and cared for his students until his passing. Steven loved the outdoors and would go backpacking, camping, and climbing. He also went skydiving, obtained a pilot’s license, and learned to scuba dive. Among Steve's travels he spent two summers backpacking across Europe, did mission work in Africa and took a year off of teaching to live in Hawaii. He was very creative and loved to garden. Steven was also very active with his family. He treated his nephews and nieces like his children. Every year he created a treasure hunt for them to find their birthday present. As they grew older, the treasure hunts were more intricate and involved math problems. Steven lived a full life. He was loved and will be missed by his family, close friends, fellow teachers and many students. In lieu of flowers, the family would appreciate donations to the American Cancer Society in memory of Steven Ganner.
See more See Less

In Memory Of Steven Edward Ganner