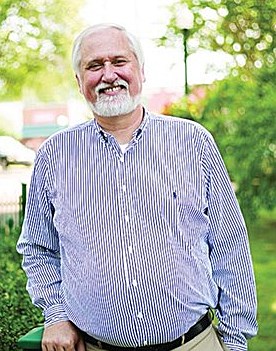 If you knew Rev. David Atkinson, you knew his smile, his laugh, his way of always having a story to relate to make you smile. You also knew his concern and care for others. In the words of his best friend, Rev. Sky McCracken, "David loved the church, loved God, and wanted to be the best pastor to any church he served." You knew that when David said he would pray for you or that he was thinking about you, he meant it. He touched so many lives here at Collierville United Methodist Church, as well as those during his other appointments over the years. David was born in Jacksonville, Florida on July 5, 1960. From an early age his work ethics hone through. By the time he answered the call to be a pastor, he had proven himself to be a grounded, well-spoken man of God. From his appointment as a Wesley Foundation Campus Minister at Murray State, to his time at Benton's First in Kentucky, to his most recent appointment in 2015 at Collierville United Methodist Church, David had amassed great philosophical knowledge and oratory skill. His ability to relate stories from his past to applicable biblical teachings created a mental picture for all. He crafted a clear image of the characters and the scene, making you feel like you were there yourself. With his humble and humorous nature, many know David’s typical response to questions like, "How ya doing, David?" would be "Oh, better than I deserve." And his always common blessing was, "Be at Peace." David and his beloved wife Susan were blessed as parents of three fine young men; Christopher, Stephen, and John Michael. His family meant the world to him. He is also survived by his sister Stephanie (Reggie) Hope, brother Patrick (Beverly) Atkinson; his aunt Patsy Linville and cousin Lori Carter. Every time he spoke of Susan and the boys, he would get this twinkle in his eye and a wide smile would light up his face with joy. You could see that this great pride in his family extended to his congregational family and friends as well. As Sky McCracken said, "if he liked you, he loved you," which was seen and felt in the warmth in which David greeted others. David was a magnanimous presence and had an immense delight for life and Christ. Beverly Crossnoe, David's administrative assistant and friend, recalls that if you didn't appreciate the hymns sung with gusto, don't stand beside David!" A gathering for family and friends will be held on Monday, April 12th from noon until the memorial service begins at two o'clock in the afternoon at Collierville United Methodist Church, 454 W. Poplar Avenue, Collierville, TN 38017. David will be greatly missed here at Collierville United Methodist Church and by all those lives he touched in all areas. Bishop Bill McAlilly stated that, "It was my humble privilege to serve alongside David. I grieve this great loss to the people called Methodists, and celebrate his life and his legacy.” That legacy at CUMC and everywhere he served is one of following the Great Commission to transform lives by extending God's love to all. We are greatly saddened by his passing, but we know, that if he were here, he would be telling us to "Be at Peace.”
See more See Less