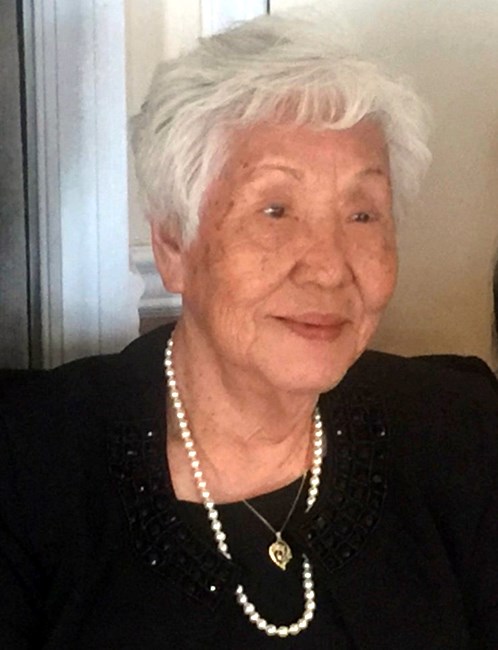 Tomiko Rynne of Collierville passed peacefully in the early morning hours of 8 August 2022 at The Baptist Reynolds Hospice House and Kemmons Wilson Family Center for Good Grief, Collierville, TN after a short illness. She was preceded in death by her parents, Hachigoro Inoue and Kaku Inoue (Montegi); and her beloved husband of 56 years, Command Sergeant Major Joseph M. Rynne Jr. Tomiko is survived by two loving sons, Stephen Rynne and Ronald Rynne, loving daughter, Donna Greer; eight loving grandchildren; two loving great grandchildren; and several cousins, nieces, and nephews. Tomiko was born in Yamanashi Prefecture, Japan. She worked for the US Army at Camp Zama, Japan, where she met the love of her life, Joseph. She became an Army wife, loving and supporting her husband through three decades of service. Blessed with three children, she packed up and moved her family eleven times around the globe over the course of their Army and military civilian careers. She was blessed with many loves and talents. She excelled at raising and supporting her family, cooking, gardening, sewing, knitting, bingo, and carpooling. After her husband retired with 30 years of service, they remained in Camp Zama, Japan for 15 years where they both worked as GS Civil Servants supporting the Army mission in Japan. They finally retired to Tampa, FL, in 2007. Upon the passing of her beloved husband, Tomiko moved to Collierville, TN where she resided until her passing. Mass will be held August 12, 2022 at Saint Brigid Catholic Church, 7801 Lowrance Road, Memphis, TN 38125, at 5 p.m. with visitation starting at 4 p.m. A Memorial Service will be held August 19, 2022 at Saint Stephen Catholic Church, 10118 Saint Stephen Circle, Riverview, FL 33569, at 4:30 p.m. She will be interned at Arlington National Cemetery, with her loving husband Joseph, at a later date. In lieu of flowers, Tomiko requested charitable contributions to The Baptist Reynolds Hospice House and Kemmons Wilson Family Center for Good Grief, 1520 West Poplar, Collierville, TN 38017, www.bmhgiving.org Fond memories and expressions of sympathy may be shared at www.colliervillefuneral.com for the Rynne family.
See more See Less

In Memory Of Tomiko Rynne