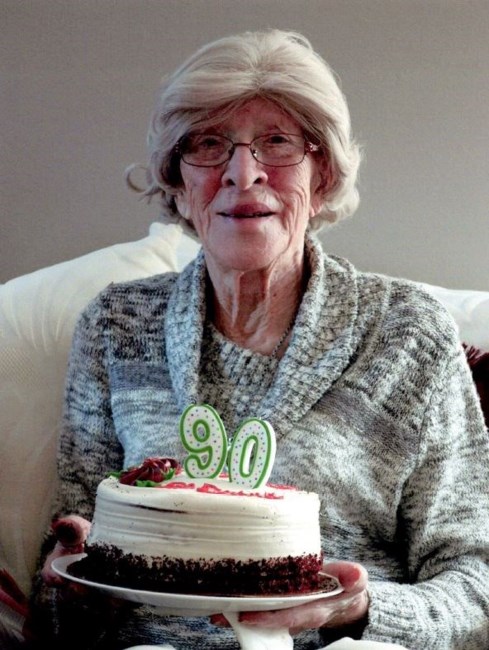 El Donna Celia Jager, 90, of Colorado Springs, Colorado, passed away September 15th, 2022, of natural causes, surrounded by her family. El Donna was born on October 11th, 1931, to Edward and Alma Sodmann in Humboldt, Nebraska. After graduating from Peru State College, she taught school in a one-room schoolhouse in Nebraska for seven years. She then moved to Wichita, Kansas, where she worked for Grey Bar Electric. In Wichita, she met and fell in love with Peter Jager. They then married on June 6th, 1956, in Nebraska and then moved to Peter's home town in Michigan where they had two sons, Perry, and Jerry. Soon, they decided that the Michigan winters were too harsh. They saw an article in the Banner about a pastor, Reverend Al Haan, who was starting a new Christian Reformed Church in Colorado Springs, Colorado. El Donna has spent two weeks in Estes Park at a youth camp and loved Colorado. They reached out to reverend Haan, he very much wanted them to come out to Colorado. They were CRC members and started attending in Colorado Springs as soon as they arrived. Once in Colorado, they had two daughters, Sherry and Carrie. El Donna was a wonderful wife, mother, and homemaker. She was preceded in death by her youngest daughter Carrie Lynn Muse, 58, of Colorado. (Her older sister Le Anna Frank, brother in-law Loraine Frank of Nebraska, brother in-law Herbert Stutheit.) El Donna is survived by her husband of 66 years, Perry Lee Jager (Barbara Dwyer) and Jerry Dee Jager (Linette Cobb); daughter Sherry Bea Wohlford (Thomas Wohlford); granddaughter Rachel Ann Bower (Brian Bower) and great-grandson Lincoln Bower. Along with many children and grandchildren she claimed, albeit unofficially, and loved dearly. There will be a viewing from 4:00pm to 6:00pm on Friday, September 23, 2022, Memorial Gardens, 3825 Airport Rd, Colorado Springs, CO 80910. Memorial services will be held Saturday September 24, 2022, 10:30am at Cragmor Christian Reformed Church, 1225 Acacia Drive, Colorado Springs, Colorado, 80907. Followed by light luncheon in the fellowship hall. In lieu of flowers, please make donations to Pikes Peak Hospice.
See more See Less