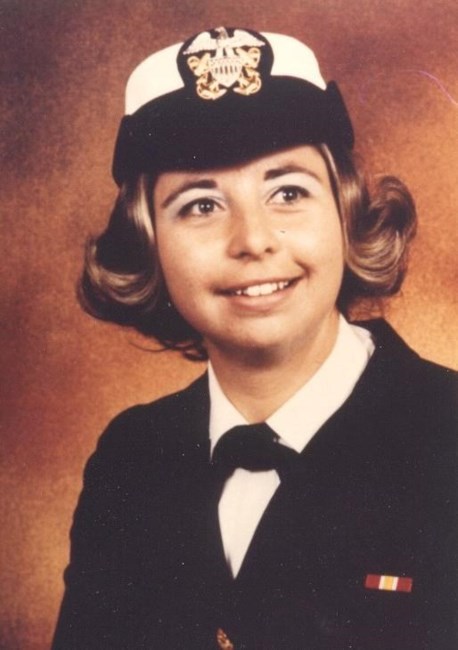 Merry Ann Gotch (74) was born on September 2, 1948 in Colorado Springs, CO and peacefully passed away on January 24, 2023 in Colorado Springs, CO due to natural causes. Merry Ann was born to George and Agnes (Kosley) Gotch, who preceded her in death and is survived by her nephews Brian L. Merrifield (Shannon) of Colorado Springs, CO and Douglas G. Merrifield of Colorado Springs, CO. She is also survived by her adored niece Madison R. Merrifield, age 17 and beloved nephew Tanner L. Merrifield, age 15. She is also survived by a maternal uncle, James (Margaret) Kosley of Loveland, CO and many, many cousins in Colorado Springs and Illinois. Growing up, Merry Ann attended Redeemer Lutheran Elementary, Horace Mann Jr. High, Wasson High School in Colorado Springs, CO and college at the University of Northern Colorado and the University of Colorado, achieving both a Nursing Degree and a Masters of Nursing Degree. A proud veteran, Merry Ann joined the Navy in 1972 as a neo natal charge nurse in pediatric nursing, rising to the rank of Commander, traveling to Russia, Greece, Japan and Turkey. As a Naval Reservist, she helped to establish an EMT program. After military service, Merry Ann worked within vocational rehabilitation, patient safety, home healthcare and worked at the Colorado Springs Hospital in pediatrics. Eventually she retired from Catholic Health Services (Centura) as a safety officer. After living in Las Vegas, NV for a couple of years, Merry Ann bought a home in Colorado Springs and began enjoying a life as a big sports fan. She spent time attending Broncos, Avalanche, Rockies and CC Tiger hockey games. She visited many destinations taking in games at multiple stadiums and arenas mostly with her cherished sister Sharron. Often cooking heritage Slovak foods and gathering with her large family was a treasured time. Attending Madison’s (niece) soccer games and Tanner’s (nephew) band performances were a loving favorite. Services will be held on 2/4/2023 at Memorial Gardens Cemetery, Colorado Springs, CO. Visitation will be at 10am, with funeral and graveside services at 11am, followed by a reception at 1pm. Donations can be made to a charity or remembrance of your choice.
See more See Less

In Memory Of Merry Ann Gotch