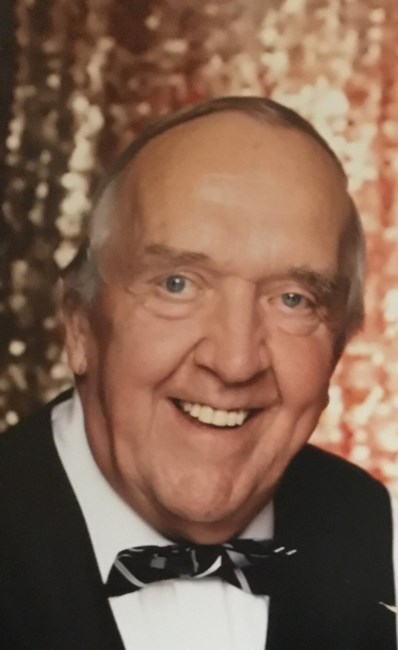 November 14, 1949 May 10, 2020 Richard Gerald Byrnes, died unexpectedly at home on May 10, 2020. Rich was born in Pottsville, PA and was proud of his Pennsylvania roots. He was an avid sports fan. He discovered that there was an NFL football team from Pottsville; the Pottsville Maroons. The Maroons lost their NFL title in 1925 because they played an illegal game after they won the championship. The controversy over this "stolen" crown is a major source of contention between Pennsylvania and the NFL to this day. In 2008, Rich went to Pottsville for a meeting with the NFL Football Commissioner to ask that the trophy be returned. They were not successful in their request. His hometown is also famous for Yuengling beer, the oldest brewery in the U.S. The brewery is located adjacent to St. Patrick’s Catholic Church where Rich went to church every day with the catholic school he attended. He remembered smelling the hops at the brewery. He said as an elementary student, he turned his nose up at the smell but once he got into middle school, he inhaled deeply. After he graduated from high school, he received a letter from President Nixon inviting him to become a member of the military. He enlisted in the United States Air Force on May 6, 1970. However, after celebrating all night with his friends the day before he was scheduled to leave, he jumped off a wall and broke his leg and was deferred for a year. He served with distinction for 22 years in both the enlisted and officer ranks. During his enlisted years, he was a Space Object Technician and analyzed radar returns from orbiting satellites. He received his commission as a Second Lieutenant in 1977 and served the remainder of his career in missile maintenance and space operations. He retired as a Major on January 31 1993. After Rich retired from the Air Force, the family settled back in Colorado Springs where Rich worked at Lockheed Martin in Space Operations and Training until he retired in 2007 when he said – “time to do something new”. He immediately became the best househusband a woman could want – he cleaned, he shopped and became CEO of the house. When Carolyn retired in 2010, and suggested they go to the grocery store on a Monday, he told her, “No, grocery shopping day is Wednesday.” In 2010, Rich and Carolyn began a new chapter in their lives; one filled with travel, hobbies, and volunteer opportunities. One of Rich’s hobbies was researching his family history which runs deep in Ireland. He traveled to Ireland twice and was able to meet most of his Irish cousins. He was very proud of his Irish heritage. Travel was a passion and priority for Rich and Carolyn and they were able to travel extensively with their travel “buddies” better known as the Ducks and also with the Senior Travel Group from his church. A few of his favorite trips included Churchill, Manitoba where he saw polar bears, the Galapagos Islands where he “walked” with the giant turtles, Easter Island where he visited large statues called Moai and his most treasured trip of all was a safari to a game preserve in South Africa where he mingled with lions, leopards, elephants, giraffes, rhinos and more. Rich was an avid Sports Fan. The Philadelphia Eagles were his first choice in pro football teams and he was a fan since he was a boy. On September 6, 2018, he sat in Lincoln Financial Field, home of the Philadelphia Eagles and watched the Super Bowl banner be unfurled for his beloved Eagles. Baseball was another sport he followed closely. He had hoped to attend a game at every major league baseball stadium in the U.S. He was just five stadiums shy of that goal. Besides the wonderful trips around the world, he loved to get in his RV and take the road less traveled around the country. Rich got his energy from his interaction with others. He and Carolyn drove for Meals on Wheels once a week. He was involved at Pikes Peak Hospice with their Veteran to Veteran program where he visited with other veterans as they neared the end of their lives. Each week he visited an assisted living home where he provided companionship for the residents. He asked all of his friends to clean out their closets and donate any shoes and clothing they no longer wore to give to the residents at the home. He became involved with Wreaths Across America where he participated purchasing wreaths and laying them on veterans’ graves. The goal of Wreaths Across America is to remember our fallen veterans, honor those who served and teach our children to value freedom. His compassion for others was an amazing gift he possessed. Rich had an easy smile, a quick wit and the ability to tell a joke and “work the crowd”. He is survived by his wife, Carolyn; loving children, Stephanie (Brent) Robbins Alabama, Jacob (Kim) Runge Colorado, Kathryn (Greg Bigham) Byrnes Colorado and Richard Byrnes, Jr Alabama. He is also survived by his granddaughter Leah who was the apple of his eye and the twinkle of his toes. He was preceded in death by his parents, two brothers and a sister. He will live in the hearts, homes and lives of those left here on earth. Memorial contributions can be made to: Wreaths Across America https://wreathsacrossamerica.org/pages/163860 Black Forest Lutheran Church, 12455 Black Forest Road, Colorado Springs, CO 80908 National Alliance on Mental Illness, 1615 S. Murray Blvd. Colorado Springs, CO 80916.
See more See Less

In Memory Of Richard G Byrnes