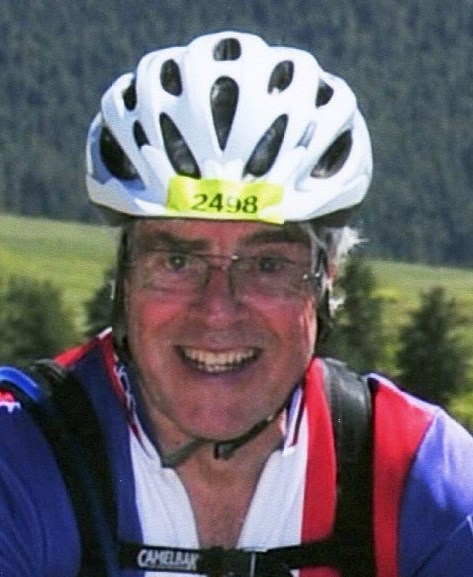 Richard (Dick) H. Timberlake III passed away November 08, 2020 at the age of 74. He was born in Mount Vernon, Ohio to Richard H. Timberlake, Jr., and Barbara Moorehead Elder Timberlake. He lives on through his wife of 40 years (Elecia) and his two sons (Alexander and Nicholas). He is also survived by mother-in-law Lonija Treilis, stepmother Hildegard Timberlake, his four younger siblings (Dave, Megan, Chris, and Tom), and his two nephews (Matthew and Brett). Dick had an adventurous childhood with his three brothers and sister. He enjoyed youthful tomfoolery as much as any boy would, and he had his fair share of childhood misadventures with his brothers. His early interest in aeronautics would inspire his two youngest brothers (Chris and Tom) to become pilots. The Timberlake family moved frequently during Dick’s childhood moving from Ohio to Virginia to New York to Florida and eventually residing in Athens, Georgia where Dick’s father became a tenured professor of economics at the University of Georgia. Dick was an intellect who became proficient in French, Latin, mathematics, and computer science. He graduated from the University of Georgia with a BA in French and from Georgetown University with a Masters in Computational Linguistics. Between his undergrad and graduate studies, Dick served in the U.S. Navy on active duty between 1967 and 1969 and was promoted to Lieutenant J.G. (LTJG). Dick met his lifelong friend Earl Lively during Navy training boot camp. Dick met his wife while they were students at Georgetown University. Dick discontinued his PHD studies to move to Elecia’s hometown, Colorado Springs, where they got married in 1980. He and Elecia would spend the next 40 years together, raising their two sons, going to baseball games, watching movies, watching Jeopardy, and visiting Glenwood Springs, a favorite summer vacation destination. Dick had a successful career in Colorado Springs using his computer science skills. He taught computer languages and programming at Regis College for five years. He transitioned away from academia to work for information technology companies such as Digital, Compaq, and HP as a software engineer/analyst. Dick and Elecia had their first son, Alex, in 1991 and second son, Nick, in 1993. He cared deeply for his sons. His time as a father was spent cheering his sons on at baseball games, teaching them how to ride bikes, and doing his best to ensure they (well Nick at least) did not waste too much time on video games. His devotion was remarkable, and he became a beacon of warmth and encouragement. Both boys followed their father’s footsteps as an academic graduating with degrees in Mechanical Engineering and Corporate Finance. His influence pushed his sons toward bright futures; Alex becoming a successful engineer, and Nick becoming an incorrigible punster. One of Dick’s greatest joys was riding his bicycle. Even in his 70’s, Dick was averaging about 100 miles on his bike per week. He joined the Colorado Springs Cycling Club (CSCC) where he would attend social rides with other members. Tragically, Dick lost his life from injuries from being struck by an automobile on Centennial while on his way to join the Club for a Sunday afternoon social ride. Dick will be remembered as a loving husband, father, and brother who was intelligent, patient, gentle, well-tempered, humorous, witty, and so much more. He was a mentor and friend to his four younger siblings and his two sons. Dick’s funeral is scheduled for November 18, 2020 at Swan-Law Funeral Directors, 501 N. Cascade Ave, Colorado Springs, CO. (Visitation: 12:00PM to 1:00PM) (Remembrance and Reflection on Dick’s life: 1:00PM to 2:00PM). Burial will be at Evergreen Cemetery. In lieu of flowers, the family asks that contributions in Dick’s memory be made to organizations he supported: The CATO Institute, the Institute for Justice, and the Colorado Springs Cycling Club. Rest in peace our dear and wonderful father, brother, and husband.
See more See Less

A Gathering of Remembrance