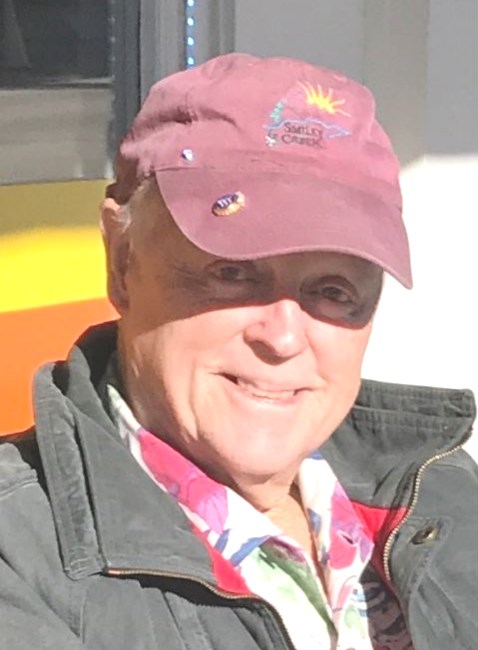 August 2, 1940 - August 3, 2022 Darryl passed away at home from natural causes. Darryl was born in Suit, NC, to Haden and Notie Hickey. He received a BS in Biology from Kent State University, OH, and a MA in Counseling from Western State University, CO. Darryl had many interesting occupations: working through college loading bread trucks and doing excavation work at Helbig Corporation, Akron, OH; teaching for several years in Lewis-Palmer School District; establishing Hickey Development Corporation to do excavating and property development work; piloting tow planes for the Air Force Academy; being an instrument rated flight instructor. Growing up near Kent State University Airport in Stow, OH, inspired him to pursue his love of flying. It was this passion that brought him to Colorado and Black Forest Gliderport which closed in 2013; the last glider flight was piloted by Darryl. It was from that gliderport that he set out to do some soaring and landed at Torrey, UT, having set a distance record on a single tow east to west over the Colorado Rockies and some of Utah’s harshest landscapes. In addition, Darryl was a mountaineer, climbing all of Colorado’s 14ers twice and 200 of the 13ers. As a member of the AdAmAn Club (inducted 1978), Darryl made 16 climbs to Pikes Peak to keep alive the unique tradition of setting off fireworks at the stroke of midnight to welcome in the New Year! Darryl also spent time climbing the French, Italian, and Swiss Alps. He was a marathon runner and completed the Pikes Peak Ascent several times. He bicycled across the US from coast to coast as a participant in the 1976 Bikecentennial as well as riding from the Canadian border to the Mexican border. In his college years he was an avid kayaker long before today’s popularity. As an enthusiastic fisherman, he enjoyed many hours fishing and had a fondness for the San Juans and Molas Lake as well as fishing camps in Canada. Darryl was also a licensed ham radio operator. Darryl was preceded in death by his wife, Debbie Adams Hickey. He is survived by his sister Deborah Greenfeld (Fred) of Boulder, CO, Aunt Lois Eberhart of Venice Beach, FL, and many cousins, nieces, and nephews in Ohio and North Carolina. Also, by lifelong friend Marie Myers of Rootstown, OH and close Colorado friend Judi Ingelido. He was a good friend to many and had a big heart under a sometimes gruff exterior. He was loved and will be remembered by family and friends. Darryl’s grandmother, Magalee Allen from North Carolina, had a saying for dealing with things beyond our control: “That’s the way it is and it can’t be no is’er”. Donations in Darryl’s memory may be made to The Pulmonary Fibrosis Foundation.
See more See Less

In Memory Of Thomas "Darryl" Hickey