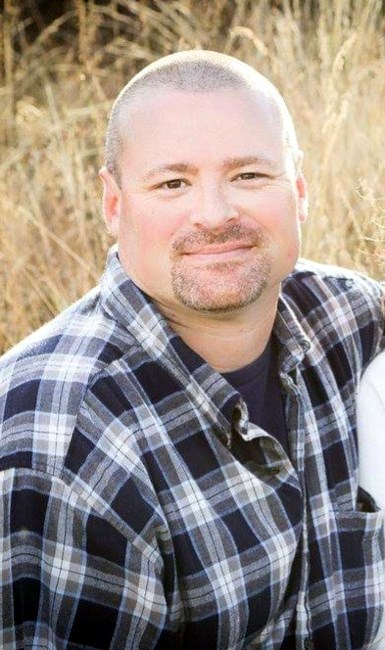 Travis Sowers, 46, passed away on May 6th, 2021. He was the loving husband of Heather Sowers and Father of Jordan and Kamryn Lista. They shared 10 years of marriage together. Travis was born in Florida to Mary Sowers and proceeded in death by his father Robert Sowers. Travis was a devoted Husband and Father. He had a love for cooking and a particular passion for BBQ. He was known for his famous baked beans, homemade bread and apple pies. He loved to grow food for his family and put great care into his garden. Travis was an avid outdoorsman, enjoying hunting, fishing, and walking his dogs. One of Travis’ favorite programs was “Top Gear”. In his younger days he relished drag racing and took great pride in restoring a turbo Fox Body Mustang. Travis served as a combat medic in the US Army for six years and was lauded by his peers for his leadership prowess and deep medical knowledge. He served in Iraq with the Charlie Company 204th BSB 2/4 Infantry Division. During this time, Travis provided aid to countless people and participated in events such as the protective detail during the first Iraqi election. He was most proud of his lifesaving talents and the effect his skills had on civilians and his military peers. He is survived by his wife Heather Sowers; daughters Jordan and Kamryn Lista; his brother Steve Sowers and sister Robin Groves. Travis will be deeply missed by his friends, family, and those who knew him even fleetingly. He touched many lives, lived and loved deeply. His life and passing made waves, and those ripples will continue to shape the course of those who loved him. “In this galaxy, there's a mathematical probability of three million Earth-type planets. And in all of the universe, three million million galaxies like this. And in all of that... and perhaps more, only one of each of us"
See more See Less

In Memory Of Travis Sowers