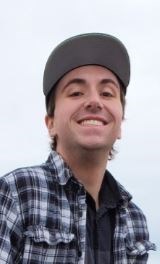 Weston Blake Hernandez, age 26, passed away peacefully in his sleep at Duke University Hospital on May 2nd 2022, though brain death was confirmed on May 3rd. Weston was born on June 25th 1995 to his mother Traci Hernandez and father Travis Hernandez, and later became the older brother to Chase Hernandez. Throughout childhood Weston loved two things most, sports and his family. To him they were one in the same. His family on his fathers side has strong ties with LSU, and all of his immediate family played one sport or another. As Weston grew up he found his own ways to include sports in his life, one was obtaining a double black belt in karate, and the other was his college education. In 2017 Weston graduated from UCCS with a Bachelors in Sports Business. Part of obtaining this degree was an internship with USA Cycling, which he spoke fondly about, and often missed. Though Weston did not enter a career in his field he did find a career that he not only excelled at, but truly loved. From the age of 16 to his passing Wes was employed at Sprouts Farmers Market. His position of courtesy clerk was supposed to be a starter job, but it ended up being a large part of his life. Weston had a heart defect at birth that dictated how he was able to live, but if he did not tell you, you would have never known. Weston took every chance he had to play recreational sports, work out, and throw the grocery load at work, really anything that would keep him active. Through his career Weston had many roles, the latest being the Store manager for the same store he met his wife at. In 2017 Weston met Amber Porter, after they both took positions at what was then a brand new store in Colorado Springs. Their relationship was quick to grow and on November 5th 2020, after buying their first house, Weston proposed to her with plans to be wed on May 11th 2022. Weston put his whole heart and soul into his relationships and friendships, and wanted nothing more than to love and be loved. Weston is survived by his mother, father, brother, wife, and his beloved dog Marshall.
See more See Less

In Memory Of Weston Blake Hernandez