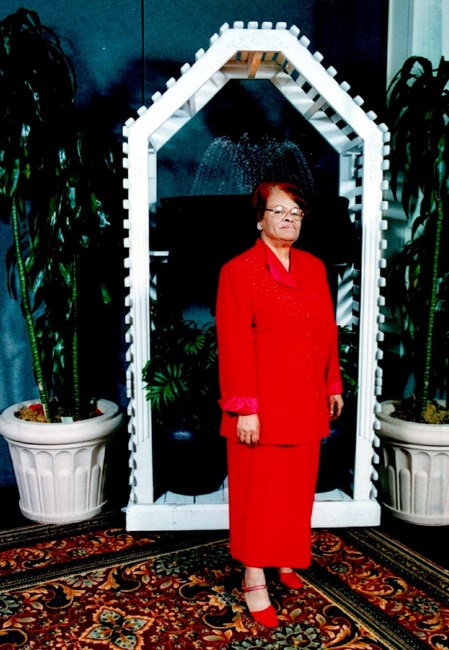 Bertha "Bert" Boyd, age 90 passed away on Thursday, September 15, 2022. Bert was born January 11, 1932 in Waynesboro, Mississippi. Bertha Hayes-Boyd was born January 11, 1932 to Spanks Hayes and Hettie Hayes in Waynesboro Mississippi. She was the 6th of 10 children born to this union. She moved to Chicago at 18 years old, then relocated to California in 1962. Bertha’s love for Christ was proven when she became a born again Christian in 1956 and began evangelizing in 1965 all over the world and in faraway countries. She later moved to San Bernardino, California in 2015 to be with her brother Ernest Hayes where she lived until September 2022. She’s preceded in death by her parents Spanks and Hettie Hayes, sisters, Dicie Jackson; Gladys Gray (A.D.); Dorothy Jean Allen; brothers Leroy Hayes and Percy Hayes, Simon Hayes and Annie M. Hayes. She leaves to cherish her memories sister Essie Hayes-Wright of Waynesboro Mississippi and brother Ernest Hayes of San Bernardino, California and a host of nephews, nieces and friends throughout the region. Fond memories and expressions of sympathy may be shared at www.montecitomemorialparkandmortuary.com for the Boyd family.
See more See Less

In Memory Of Bertha "Bert" Boyd