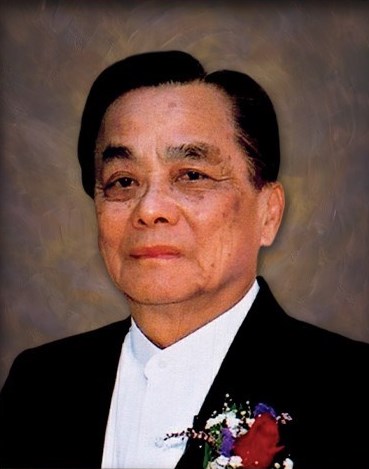 Boniface Dy Life Story (obituary) On Friday, January 20, Boniface Dy, a beloved husband, passed away. He was ninety-two. Born and raised in the Philippines to Cua Pian and Han Chu Dy, Boniface was the second of four brothers, Ignacio, Jose, and Pedro. Boniface received a medical degree at the University of Santo Tomas and emigrated to the United States in 1959. In 1970 Dr. Dy moved to Chicago Illinois where he began a private practice in Psychiatry. In 1992 he retired from private practice and moved to Southern California where he worked in San Bernardino and Riverside Counties for the State of California as a forensic psychiatrist. Boniface enjoyed skiing, playing golf and tennis and traveling across North America, Europe and Asia. He is survived by his wife Anita and by children Helen (Nuguid), Nora (Malbueso), Edgardo, Bonifacio Jr., James, and John. A visitation will be held on Thursday, February 2nd at 5pm at Cypress Chapel, 24145 Barton Road Loma Linda CA 92354.
See more See Less

In Memory Of Boniface Dy