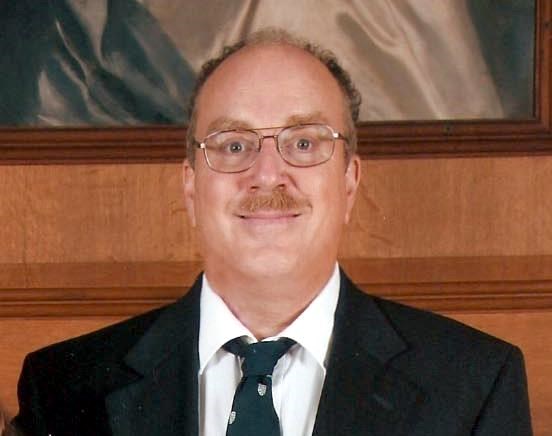 Dr. John K. Cannizzo passed away Sunday, December 30, 2018. John was born in Austin, Texas on July 16, 1957 to John and Jeanine Cannizzo. He moved to Deming, New Mexico in 1958 and graduated from Deming High School in 1975. He graduated from the University of New Mexico with a double major in astrophysics and mathematics (B.S., 1979), and received his PhD (1984) in theoretical astrophysics from the University of Texas at Austin, with a thesis on the theory of accretion disks. John then worked at Harvard College Observatory (Massachusetts), McMaster University (Ontario, Canada), Kenyon College (Ohio), the Max Planck Institute for Astrophysics (Bavaria, Germany), and the Laboratory for Astronomy and Solar Physics (Maryland), before coming to the Laboratory for High Energy Astrophysics at Goddard. His research interests included interacting binary stars, active galactic nuclei, accretion disk theory, N-body simulations, LIGO, and time series analysis. He will especially be remembered for his love of his family; for his kindness, generosity, and sense of humor; for his great enjoyment of science; and for his glee on the tennis courts. He is survived by his wife, Catherine Asaro of Columbia, Maryland; daughter, Catherine Cannizzo of Oakland, California, brothers Louis Cannizzo (Patricia) of Ogden, Utah, James Cannizzo (Laura) of San Antonio, Texas, sister Emma “Gina” Cannizzo (James Leckinger) of Lebanon, New Jersey, nephew John D. Cannizzo and niece Lilah Cannizzo, both of San Antonio, Texas. He was preceded in death by his parents. A Memorial Service will be held on Sunday, February 17, 12:30–3:30 at the Gary Arthur Community Center, 2400 State Route 97, Cooksville, MD 21723. Please RSVP to http://evite.me/RUjwuWzNGb. In lieu of flowers, and to honor John’s commitment to advancing women in math and science, the family asks that donations be made to the Association for Women in Mathematics. For more information, see awm-math.org/donate/. From Catherine Asaro: I was blessed to have John as my husband for thirty-two years. He truly was a gentle giant with an immense heart and inner strength, the love of my life, the finest human I’ve ever known. I thank all of you who have posted your thoughts here; it helps to ease the great loss of his passing. From Catherine Cannizzo: My father was the sun in my life. His joyous humor endeared him to me like a giant teddy bear. Through him and my mom, I saw what true love looks like. I am eternally grateful for such a wonderful man as my dad. Thank you all for your comments; they mean so much." From the colleagues of Dr. Cannizzo: Our colleague John Kendall Cannizzo passed away on December 30 2018, at age 61. John was a member of the Physics Department at the University of Maryland, Baltimore and the Astroparticle Physics Laboratory in the Astrophysics Science Division at NASA Goddard Space Flight Center, having been at Goddard for 25 years. He was a longtime member of the Laser Interferometer Gravitational-Wave Observatory (LIGO) science team and of the Swift gamma-ray burst telescope. John was born in Texas and he studied physics at the University of New Mexico as the recipient of several academic scholarships. He continued post graduate studies at the University of Texas at Austin under the tutelage of Craig Wheeler and received his PhD in 1984 on "The vertical structure and stability of alpha model accretion disks," setting up the equations that determine the structure and evolution of the accretion disks of Dwarf Novae. Following the completion of his thesis, John continued with a post-doctoral position at the Harvard Smithsonian Observatory (1986), where he met his wife, Catherine Asaro. He then had a position at McMaster University (1990) in Canada, followed by a visiting professor position at Kenyon College. He continued to develop his models of X-ray novae, and of accretion disks produced by the tidal disruption of a star passing in the vicinity of supermassive black holes at the centers of galaxies. In 1992, John went to the Max Planck Institut fur Astrophysik as the recipient of the prestigious von Humbolt fellowship. During 1993, he moved to the Laboratory for Astronomy and Solar Physics at NASA’s Goddard Space Flight Center. In 1995, he went to the Laboratory for High Energy Astrophysics, where he oversaw the operations of Rossi X-ray Transient Explorer and continued developing his models for accretion onto neutron stars and black holes. His expertise with the physics of accretion onto compact objects earned him positions in the Swift and LIGO teams, which proved to be quite appropriate and timely, with the later discovery of tidal disruption events in the X-ray band by Swift and the discovery of merging black holes and neutron stars by LIGO. John was kind and soft-spoken, always willing to listen and accept without criticism, charitable to all, and thus easily accepted into everyone’s confidence. His professional association with a large number of academic institutions and locations familiarized him with a broad section of both the astrophysics and local cultural communities, providing a source of many amusing stories that he recounted at lunch. John was an avid and talented tennis player, on the courts almost daily wielding his remarkable spin shots. He was also an expert Scrabble player. We are all grieving at his loss. John will be deeply missed as a good friend and colleague in the Goddard and astronomical communities.
See more See Less

In Memory Of John Kendall Cannizzo