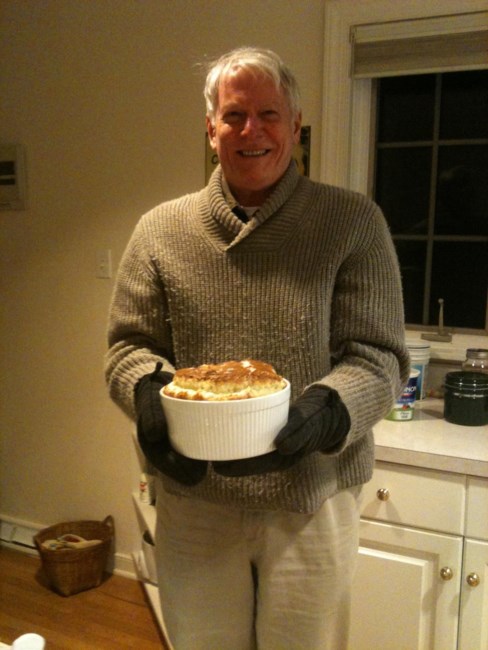 Dr. Steven Allan Boggs passed away on June 2, 2018 after a 6-month battle with inoperable brain cancer. Steve was one of the brightest and most-innovative scientists in the field of dielectrics and electrical insulation. His innovations will stand forever, and his legacy will be carried on through his students.

Steve was born in Miami, Florida in 1946 but grew up in Portland, Oregon area, where he attended Lake Oswego High School and Reed College, from which he received a B.A. in Physics in 1968. Steve obtained his Ph.D. in Physics in 1972 at the University of Toronto under Dr. Harry Welsh’s supervision and subsequently did a post-doctoral fellowship at the Canada Centre for Remote Sensing at the National Research Council (NRC) in Ottawa, Canada.

Steve as a young boy was distinguished by his intelligence and a lack of interest in following the crowd, a rare quality for an adolescent. He was his own boy and went on to become his own man. He was interested in radios and high-fidelity equipment of all kinds. At age 13, he used a crystal set and a meter to determine the amount of signal he would receive from the local radio station – a typical activity for the teenage Steve. He retained this curiosity and “geekiness” throughout his life.

After completing the post-doctoral fellowship at NRC, Steve joined the Research Division of Ontario Hydro, at the time the largest electric power utility in North America. His tenure at the Toronto laboratory extended from 1975 to 1987. It was a fantastic time to be involved in research in the power utility sector. The US-based Electric Power Research Institute (EPRI) and the Canadian Electrical Association were starting to fund major, long-term investigations into various utility problems. At the same time, advancements in oscilloscopes, wideband spectrum and impedance analyzers, digital instruments, fast photomultipliers and other optical tools were enabling much deeper investigations into insulation failure mechanisms and diagnostics. For example, the invention of the Tektronix 466 and 7104 scopes enabled us to see the true partial discharge (PD) current pulses for the first time, without the distortion caused by the measuring system. In addition, personal computers enabled cost-effective automated measurements and analysis. This confluence enabled Steve to do pioneering work on the nature and measurement of PD, help pioneer the measurement of PD in the ultra-high frequency (UHF) range in gas-insulated substations (GIS) and rotating machines, contribute to the understanding of electric and water trees, develop better methods of measuring the thermal impedance of the environment surrounding transmission-class power cables, invent ultra-sensitive PD detection and location in very large GIS spacers using X-rays. This work was usually not done alone – he worked with a team of first rate researchers including Frank Chu, Nobby Fujimoto, and Syl Rizzetto. He also had a great boss who was committed to research - Dr. Gary Ford.

Unbeknownst to most, in the mid-1980s, Steve pursued an MBA part-time at the University of Toronto. Earning this degree in 1987, many of his colleagues wondered why he did this, since in fact this new knowledge was of limited use in his research position at Ontario Hydro. However, it may have led him to start looking for another position.

Steve joined Underground Systems Inc. (USi) in February of 1987 as Director of Engineering and Research. Steve was a major contributor in USi’s role as EPRI’s Prime Contractor on a number of underground electric power transmission research programs. They included EPRI’s Superconducting Transmission Initiative (STI), which was the US response to utilizing High Temperature Superconducting Conductors (HTSC) for electric power transmission. He also spearheaded the successful development of a novel high-pressure fluid-filled (HPFF) Pipe Type Cable Termination utilizing ceramic capacitors for stress control. Both projects resulted in patents co-authored by Steve. He was also Vice President of Chicago Condenser Corporation, a USi subsidiary, and was the principal investigator on a US Department of Energy funded development program for a high energy density electrolytic capacitor for the US Strategic Defense Initiative Organization “Star Wars” program.

Steve left industry to pursue his academic interests at the University of Connecticut (UConn) in 1993 as a tenured research professor and the Director of the Electrical Insulation Research Center of the Institute of Materials Science, with joint appointment to the Graduate Programs of Materials Science, Physics, and Electrical Engineering. In defense of leaving USi, he said, “I can continue to do work for USi but you won’t have to pay me”. Steve was also an adjunct professor and advisory professor of the Department of Electrical Engineering at the University of Toronto and Southwest Jiaotong University in Chengdu, China, respectively. Between the universities, he supervised over 20 Ph.D. students over about 20 years, half of whom were female, making him an early practitioner for gender equality in the fields of STEM. As a mentor, Steve has deeply, positively and thoughtfully influenced the lives and careers of not only his students but also the junior faculty members at UConn. He has extended his sincere and selfless help and service to many in the community.

His research encompassed both experimental and theoretical bases. At the beginning of his career, Steve was primarily an experimentalist. However, with the advances in computing power, he gradually transitioned into a theoretician. Although this transition started at Ontario Hydro (for example, his widely cited 1982 Transactions EI paper "Fundamental Limitations in the Measurement of Corona and Partial Discharge"), it was at UConn that the theoretician in Steve took hold. He once said, “A Ph.D. study is not about collecting data but is about analyzing and developing new models based on those data.” Steve was one of the early thinkers at UConn who saw the value of computational approach in materials science and engineering, and he inspired his colleague Rampi Ramprasad, who was a junior faculty member when they met in 2004, to explore the atomic-level origins of dielectric response, aging and breakdown. Through the 14 years of collaboration, their joint work (along with key contributions from others) has ultimately led to some remarkable materials discovery outcomes.

Steve retired from the University of Connecticut in September 2013 to devote full time to his consulting company, NonLinear Systems, Inc. Throughout his career, Steve was a proactive member in many professional societies, especially IEEE Dielectric and Electrical Insulation Society (DEIS) and IEEE Power and Energy Society’s Insulated Conductor Committee. He was active in the organization of the IEEE International Symposium on Electrical Insulation and the IEEE Conference of Electrical Insulation and Dielectric Phenomena (CEIDP). He was also an important contributor to the Basic Energy Science Workshops organized by US Department of Energy and was a key contributor to the roadmap report on Basic Research Needs for Materials under Extreme Environments. Steve was a prolific writer, publishing over 300 journal and conference papers, some of them prize papers. He was invited to give lectures over 80 times, not only in US but also in Asia and Europe. He was a Fellow of the IEEE, winner of the IEEE DEIS Thomas Dakin Award, and a Whitehead Memorial Lecturer.

Steve was passionate – both in his work, but often also in his interactions with colleagues. He had a special place in his heart for journal editors! Steve’s father was an English professor, and it seems Steve inherited the only correct writing style. Many editors received long letters or emails from Steve about their temerity in changing the grammar in a submitted paper. Steve was also not very tolerant of bureaucracy – many meetings were made more interesting when Steve decided to disagree with something. The transition of the CEIDP from the NRC to the IEEE DEIS was a notable example. Although Steve was very empathic in sharing his opinions – there was always an important principal he was highlighting.

Outside of the professional life, Steve was an ardent collector of classical music albums with over 1000 multi-channel and super-audio CDs. He was an audiophile with a keen ear for sound quality. His love and vast knowledge of audio equipment allowed him to make friendships in unusual occasions. One such occasion happened on a Saturday morning in early 2010 when Steve walked into Lance Arnold’s art studio in their neighborhood in Ashford, Connecticut. He noticed that Lance was playing classical music on a boom box even though he had a pair of nice speakers mounted on the ceiling. Upon learning the speakers were not working and after some simple diagnosis, Steve suggested Lance buy some inexpensive repair materials, and together they fixed the speakers. Soon, they became the best of friends and often shared the love of classical/jazz music, art, and home-cooking. Some of Steve’s “specialties” include soufflé, lamb shanks with lentil, goat bourguignon, Raclette cheese with potatoes, and Chinese hot pots. Steve was also an enthusiastic art-museum-goer with special interest in Japanese art, particularly screens and woodblock prints.

In Memory Of Steven Allan Boggs