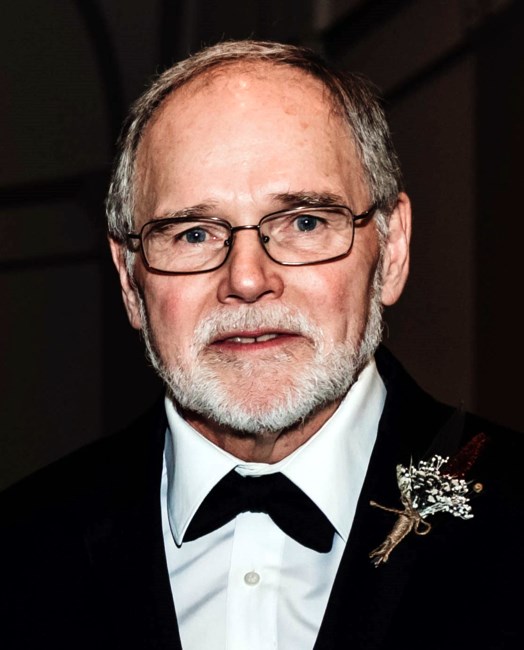 Thomas Lawrence Campbell Jr., age 73, of Columbia, Maryland passed away on Saturday, July 30, 2022. Tom is survived by his wife Cynthia Barcelles; daughter Natalie Campbell; sister Maureen Puzan, née Campbell; his nephew and nieces; many loving cousins; and countless friends, who are more like extended family. Tom was born July 9, 1949 in Philadelphia, Pennsylvania to loving parents Thomas Lawrence Campbell, Sr. and Dorothy Mary Campbell, née Gunn. He grew up with his sister, Maureen, with whom he shared a lifelong bond, and never remembered having a sibling rivalry. (Though, Maureen recalls watching scary movies together on Friday nights, after which Tom would jokingly leave her to go to bed.) Every Christmas, their family would walk to each cousin’s house to open gifts. As the family grew, Tom, Maureen, and their cousins have continued a yearly tradition of gathering each Christmas season to celebrate together. Starting in high school, Tom volunteered with the Catholic Youth Organization during this time of year, dressing up as Santa Claus and delivering gifts to residents of disadvantaged communities. Upon completing high school, Tom became a novice at the Oblates of Saint Francis de Sales in Childs, Maryland. After his Novitiate year, he studied Biology at DeSales University, leaving the seminary before starting his final year. In 1973, Tom began his career in IT and systems analysis at the Social Security Administration, eventually becoming branch chief in the Administration’s Office of Systems. Along the way, he formed many friendships that remain to this day. During this time, he met his wife, Cynthia, and they married in 1991. Tom and Cindy’s only child, Natalie, was born in 1996. Tom instilled her love of learning, her enjoyment of trying new things (especially good food), and her drive to reach beyond where she thought she could go. He empowered her to be thoughtful, generous, and strong. In 2013, Tom retired, thereafter often declaring, “I should’ve done it sooner.” Throughout his life (and all the more when he retired), Tom balanced his time between enjoying simple pleasures and serving any community in his proximity. When he wasn’t on service trips in communities like Hurley, VA, he could be found working on projects big and small at Mount de Sales Academy, visiting his daughter in Pittsburgh, or out on the water with his ‘Fishing Nerds’. Regardless of the location, Tom’s ‘happy place’ was anywhere he could be in fellowship with those he loved, and maybe have a good pour of Irish whiskey. He will be greatly celebrated and deeply missed. A visitation for Tom will be held Saturday, August 13, 2022 from 10am to 11am at Church of the Resurrection (in the Chapel), 3175 Paulskirk Dr., Ellicott City, MD 21042, followed by a memorial service at 11am. A second visitation and Mass will be held Monday, August 15, 2022 at St. John the Evangelist, 752 Big Oak Road, Morrisville, PA, 19967 beginning at 9:30am. Following the Mass, Tom will be laid to rest alongside his mother and father in Our Lady of Grace Cemetery, 1215 Super Highway, Langhorne, PA. “In lieu of flowers, donations to Catholic Relief Services would be appreciated.” Fond memories and expressions of sympathy may be shared at www.witzkefuneralhomes.com for the Campbell family.
See more See Less