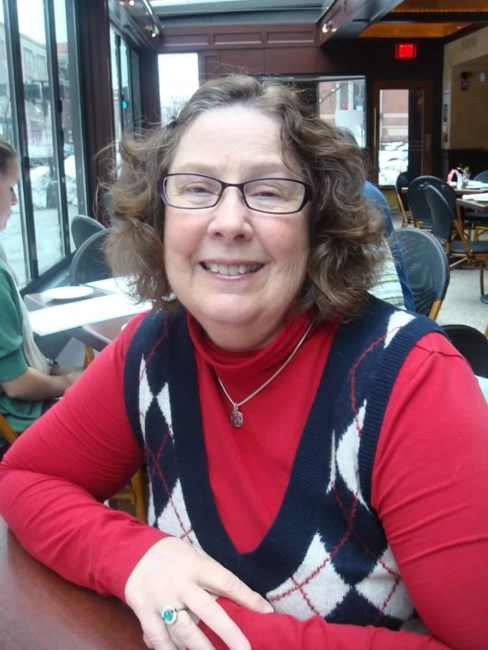 Charla (Emmons) Kleopfer of Columbia, Missouri passed into eternity January 19, 2021. Her earthly passage ended in her home, encircled by her husband Lynn of 39 years and daughters Natalie R Thomas, Kim P Wuest, Nichol A Gottman, their husbands, and newborn granddaughter. Charla’s legacy is known to her family and friends for interests in music, research in genealogy and family history, and unrestrained love and charity for all. Charla was born in Chickasha, Oklahoma June 5, 1947 to Charles L Emmons and Leah L (Van Kirk) Emmons. She spent her early life in Oklahoma and Amarillo, Texas where her parents were teachers. She moved to Columbia in 1957 with her parents. Her father Charles, was for 25 years an accomplished University of Missouri Professor of Instrumental Music and served as Director of Bands, Conductor of the University Philharmonic Orchestra and Chairman of the Music Department. To no surprise, Charla followed her father’s lead and herself became an accomplished musician. She enrolled at Mizzou and supplemented her studies as a member of Marching Mizzou, as well as one of the first Golden Girls, which her father Charles founded in 1957. She graduated from the University of Missouri in 1969 with a BA in History. She went on to work for the state historical society. In 1979, Charla received her Masters of Arts in Library Science from the University of Missouri, where she contemporaneously built her career as a librarian in the medical library. Charla and Lynn Kleopfer met in 1980 at the University of Missouri Health Sciences library, while he was doing his medical residency. They married Dec 12, 1981 and subsequently spent 39 beautiful years together in Columbia, MO. In addition to their tenured time in Columbia, Charla, Lynn, and their daughters accomplished many family excursions to condos in Florida and Branson, MO and far off destinations in America and Europe to enjoy Charla’s passion for history and genealogy. Charla truly felt blessed to cherish these adventures away with her family. Charla was outgoing and gregarious and gave her time and resources generously to many family, friends, and charitable organizations. She was a member of the Daughters of the American Revolution, New England Historic Genealogical Society, Kentucky Historical Society, Czechoslovak Genealogical Society International, Ohio Genealogical Society and numerous other state and local societies. She became an expert in her family and friend’s genealogy and created family history books which she shared all across the country. She also enjoyed many hobbies, most of all to scrapbook and quilt with her best friend Marcia Willis. Charla never met a stranger and was always making new friends. She was an extremely giving person with passion to help others anywhere there was a need. She loved those around her with so much love and intensity, that if you were lucky enough to know her, you absolutely felt her generosity and compassion. Charla is survived by her husband of 39 years, Lynn Kleopfer, daughters and son-in-law’s Zach and Nichol Gottman, Michael and Kim Wuest and Jacob and Natalie Thomas; 2 grandchildren and her aunt Dot Van Kirk of Arizona. Private services will be held on Sunday, January 24. In lieu of flowers, the family is asking for donations to the Charles Emmons Scholarship or Leah Lou Emmons Orchestra-String Music Scholarship at the University of Missouri. Donations can be made online giving.missouri.edu or mailed to Mizzou Gift Processing 407 Reynolds Alumni Center, Columbia, MO 65211.
See more See Less

In Memory Of Charla Ann Kleopfer