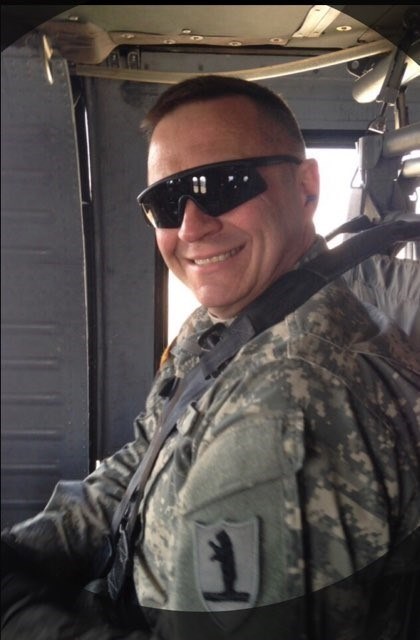 James Francis Yeagle, 57, of Columbia, MO passed away surrounded by his family on Thursday, June 6, 2019 at his home in Columbia, MO. Visitation will be from 4:30 pm – 7:00pm at Memorial Funeral Home, Columbia, MO on Monday, June 10, 2019. Funeral service will be at 10:00 am on Tuesday, June 11, 2019 at The Crossing Church, 3615 Southland Dr, Columbia, MO 65201 with Pastor John Tinnin. Burial will follow in Memorial Park Cemetery with full military honors. James was born on March 19, 1962 in Blue Springs, MO the son of Francis and Jean (Shipp) Yeagle who preceded him in death. He was married on July 6, 1991 in Columbia, MO to Kimberly Wilson. James retired from the Missouri National Guard in February of 2016 as Sergeant First Class. He served in Units 1137th MP, 1139th MP, CID and JFHQ. James will be remembered for his love for his family, his loyalty to his friends, and his country, and his service to God. He is deeply loved and will be sorely missed by all who had the pleasure of knowing him. Survivors include: his wife, Kim Yeagle; three children, Taylor Yeagle of Columbia, MO, Max Yeagle of Columbia, MO and Jake Wilson of Phoenix, AZ; one brother Timothy Yeagle (Karen) of Kansas City, MO; his granddog, Bodhi and three nieces, Debbie Ross (Tim) of Blue Springs, MO, Rachel Toftoy (Matt) of Newark, IL. and Maren Smith of Clinton, MO, and one nephew Jason Yeagle of Kansas City, MO. He was also preceded in death by two brothers, Loren “Woody” Yeagle and Kenny Yeagle. In lieu of flowers, memorials may be made to the Wounded Warrior Project, c/o Memorial Funeral Home, 1217 Business Loop 70 West, Columbia, MO 65202.
See more See Less

In Memory Of James Francis Yeagle