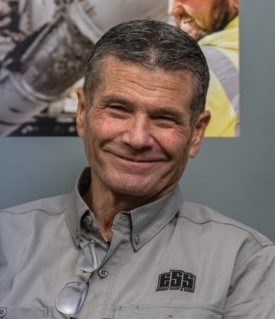 Peter John Grathwohl, 66, of Columbia, MO passed away Monday, January 16, 2023 at Boone Hospital following a courageous battle with pancreatic cancer. Services will be Friday, January 20, 2023 at The Crossing Church, Columbia, MO. Visitation will be 9:00 a.m.-12:00 p.m. with funeral services at moon. Burial will be private for the family at a later date. The family is planning a Celebration of Peter’s life which will be scheduled at a future date and will be announced on this website. Peter was born on September 18, 1956 in Leavenworth, KS the son of George Grathwohl and Marguerite (Mella) Grathwohl. He graduated from Hickman High School and attended Northeast Missouri State on a full ride football scholarship. Peter was united in marriage on June 6, 1987 to Donna Fine who survives. He made a career working for Emery Sapp and sons for 46 years beginning as a laborer and later held the titles of Vice President and founding member of the Board of Directors. With sad hearts but beautiful memories he will be missed by his wife, Donna Fine Grathwohl, his four sons, Nicholas Grathwohl, Columbia, MO, Ryan Grathwohl and wife Jaira, Columbia, MO, Mark Vehige, Troy, MO, AJ Grathwohl, Columbia, MO, his daughter, Whitney Grathwohl Bader and husband Matt. Pete also had 9 beautiful grandchildren who will miss their papa dearly, Braden, Brooke, Chase, Brenna, Caden, Brielle, Brinley, Malia and little Pierson. Pete also has 6 siblings, the Fine clan, so many good friends, and hundreds of people his life has touched. Peter had a lifetime of achievements and accomplishments: fourth grade flag football city champions, played for the Chiefs inaugural year of Cosmo Football League in Columbia, lost only one varsity football game in high school, three-year varsity sports letter man in football at Hickman High School, he was the captain of state championship football team 1974, MIAA All-conference all four years of college, MIAA Defense of Player of the year 1978, Northeast Missouri State Bulldogs team captain 1978, inducted into the Northeast Missouri State Hall of Fame in 1999, he tried out for the St. Louis Cardinals his senior year of high school and he hit one to the warning track, MIAA Defensive player of the year in 1977, was a member of the AGC and ACPA and many more that are remembered with plaques, certificates, and accolades. Pete spent many years coaching, from high school football, to his sons baseball teams, his daughters softball teams, all while influencing several kids along the way. He had said if coaching paid more money to support his family that was always his dream job. Pete never went a day in his life without working on something and when he did, he would push himself until it was completed. He jumped into home construction and flipping houses on the side. Once living from paycheck to paycheck to creating an unbelievable empire for his family. Pete also had a love for hunting, fishing, gathering friends and family together and trying to cater to their every need. His handshake was his word. He was a man of integrity and tough love, but most of all he was an amazing husband, father, grandfather, brother, brother-in-law, colleague, and friend to so many. Pete will live on through is wife, his children, and his numerous friends. He made an impact on each and every one of us. “Rest now my darling, you're home.” Donations in Peter’s memory may be made to Pancreatic Cancer Action Network (pancan.org) or Boys and Girls Club of Columbia (bgc-columbia.org) and mailed in care of the funeral home or dropped off at the service.
See more See Less

In Memory Of Peter J. Grathwohl