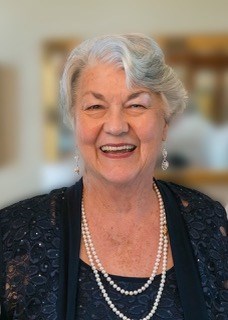 Randa Sue Dumas, 84, passed away January 16, 2023 at Lenoir Woods in Columbia after a long life spent loving God, family, travel, and music. Randa was born February 5, 1938, in Hazen, Arkansas to Ralph and Dora Belle Sims and was one of five children. She married the love of her life, Wayne Dumas, on July 20, 1957. They had recently celebrated 63 years of marriage when he passed away on May 26, 2021. She was also preceded in death by her brothers, Ralph Sims, Bill Sims (Jewel) and Joe Sims (Sybil). She is survived by her sister, Maribel McKinney (Ted), of Ruston, Louisiana, and brother-in-law Ernie Dumas (Elaine), of Little Rock, Arkansas. Randa is also survived by four children, Ralph Dumas (Annette), Alesia Dumas (John Lewandowski) and Jackie Long (John), all of Columbia, and Debbie Wilson (Taylor), of Omaha. She had six grandchildren: Sean Dumas (Breck), Justin Dumas (Ashley), Kelsy and Slade Long, all of Columbia, and Bailey and Brielle Wilson of Omaha; four great grandchildren: Tyler, Kinsley, and Brinley Dumas of Hallsville and Drake Dumas of Columbia; she is also survived by many nieces and nephews. Randa was known for her devotion to Wayne and her giving, loving, and humorous nature. Her giggle became a staple at family gatherings, where Randa always put everyone else first. She was a carefree person—she turned her troubles over to God and went about her days without worry. In the end her faith carried her home to be with Wayne. The legacy of their love will live on in their family for generations. Funeral will be private. A memorial service will be held at Lenoir Woods, Eppel Chapel on Saturday, February 25, at 11:00 AM. Visitation begins at 10:30 AM. In lieu of flowers, donations may be made to St. Jude Children’s Research Hospital.
See more See Less

In Memory Of Randa Sue Dumas