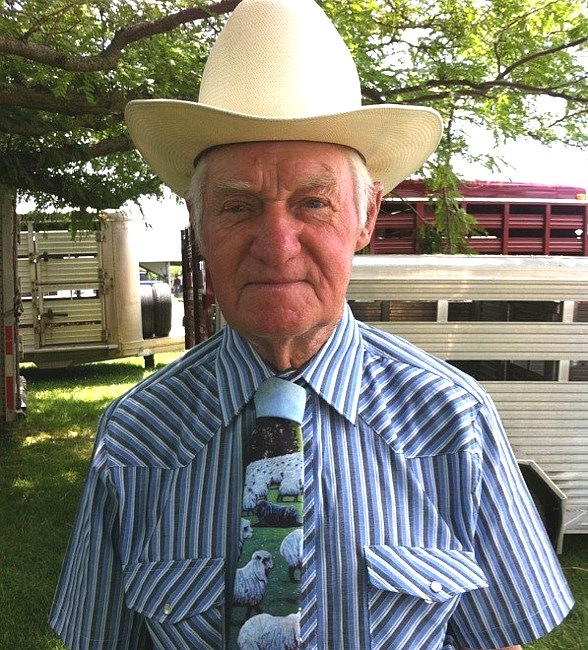 Richard Leonard Rankin, 89, of Rocheport passed away Friday, January 21, 2022 at the Truman V. A. Hospital. Visitation will take place 1:00 p.m. – 2:00 p.m. Sunday, January 30, 2022 at Memorial Funeral Home where a Memorial Service will follow at 2:00 p.m. Richard was born December 13, 1932 in Lincoln, IL the son of Esther Hanslow Ritchart and Offie Amos Rankin. On October 17, 1969 he was united in marriage to Janell Guffey Rankin, who survives. Richard was a professional sheep shearer for over 50 years. He was also a professional auctioneer for over twenty years. He served as the “Ringman” at the Midwest Stud Ram Sale. He raised livestock and enjoyed being outdoors. He was active in 4-H. He proudly served his country in the U.S. Army and was blessed to be able to participate in the Central Missouri Honor Flight. He enjoyed life, never met a stranger, enjoyed live music and loved to dance at the weddings of each friend and relative. He might lovingly be referred to as a character who the family remembers, “liked to drink a beer and watch things rust.” Some might say he was “a collector.” He was a loving husband, father and “Pepaw.” Richard is survived by his wife, Janell; his children, Carol Rankin of Springfield, IL, Michael (Cindy) Rankin of Danvers, IL, and Randy (Teri) Tomaw of Williamsville, IL; grandchildren, Emily (Tom) Gibson, Phillip (Tanya) Rankin, Andy (Kasey) Rankin, Cody (husband Jeremy) Tomaw Buchanan, and Abby Tomaw; great grandchildren. Levi Gibson, Malachi Gibson, Murial Gibson, Melanie Gibson, Nora Rankin, Leo Rankin, Evelyn Rankin, and Nellie Mae Rankin; as well as a host of nieces and nephews. Richard and Janell were blessed to have Bobby and Jo Britt-Rankin along with their children Katie (Will) their children Julien and Elodie, Kristopher, Katryna (Forrest) and their children Bryan and Quynn, Kassie be so close to them in Columbia. Richard was preceded in death by his parents; eleven siblings, Offie, Margaret, Kenneth, Esther, Mary, his twin Harold, Francis, John, Elmer, Robert, and Patty; and one son, Richard. Memorials may be made to the Central Missouri Honor Flight or the 4-H both in care of the funeral home.
See more See Less

In Memory Of Richard Leonard Rankin