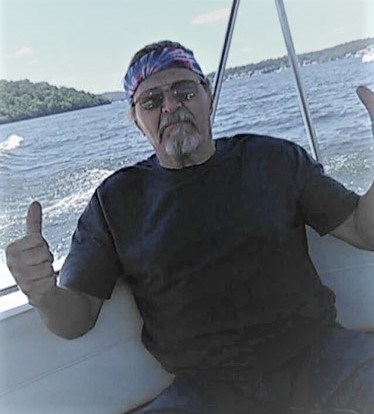 Ronald Dean Bryant a “Charming Outlaw,” 78, Passed away Wednesday January 18th 2023. There are many people that Love him - so many more that Liked him - and a few that Didn’t. He was born in Deer Park, MO on January 26, 1944 to Willis Dean Bryant and Helen Irene Herring Bryant He graduated Hickman High School 1961. He has three children - Kimberly Jo Bryant Proctor with Scott Aaron Proctor - Randall Dean Bryant with Tammy Marie Taylor - and Ronald Dean Bryant Jr., deceased. He has a sister Linda Jean Bryant. He married Sharon Louise Frye, July 11th 1962. They had Kimberly Jo and Randall Dean. Ron also married Rose Marie Cook and they together had Ronald Dean Bryant, Jr., whom we call R.D. and is missed so much. He has six grandchildren - Branden Dean Bryant - Amanda Jo Proctor - Shanna Leigh Proctor - Randi Jo Bryant - Derek Scott Proctor - and Maleah Grace Bryant. He has eight great-grandchildren. He had a long time partner Kathy Stowers and two step children Brandi and Corey Mason. Ron worked in the construction field he has lived in Missouri, Kansas, California and Illinois and worked around various construction jobs, but mostly was self-employed. The guy had a personality that just made you want to like him. He was pleasant and humorous In his younger days he had a reputation that many perceived as an outlaw - hence - “Tiny.” Ron was a quiet man and he held his thoughts close to his heart, he rarely talked down on anyone. Ron always expressed his LOVE for his children. Ron lived his life longer than anyone ever expected and he lived his life bravely. He was a tough - tough man who never complained about his pains or sickness and there is no ways possible to mention all of his life’s Crazy and Insane Adventures. Ron did die a graceful and peaceful death and He is loved and missed by many. He is preceded in death by his parents and youngest son R.D. A carry-in meal will be hosted by Ron’s children to honor his memory starting at 11am, Saturday, January 28, 2023 at Oakland Christian Church 2929 East Oakland Church Road Columbia, MO 65202. All his family and friends are welcome to attend. In memory of Ron, offer up to him a big smile and a nod.
See more See Less

In Memory Of Ronald Dean Bryant