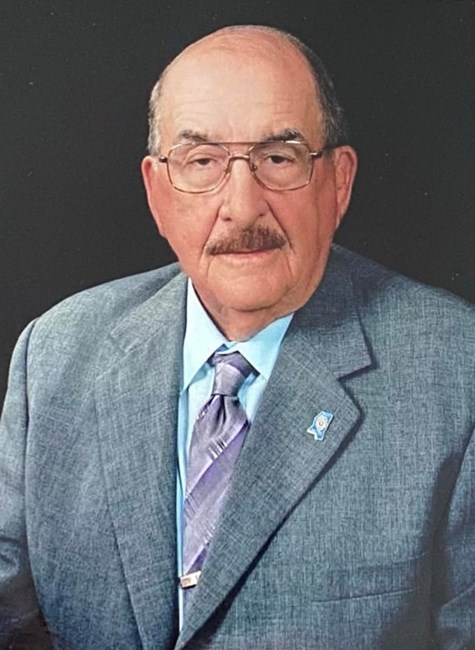 Carroll B. Bryant passed away at his home from this life into the presence of God on September 17, 2022 at the age of 88. He was born in Marion County where he was a lifelong resident. Mr. Carroll is preceded in death by his loving wife, Katherine Thomas Bryant, and his parents, Carsie Bryant and Henrietta Williams Bryant. Two brothers, Durwood Bryant and Avon Bryant. He is survived by a daughter, Toni Stringer; two sons, Mike Bickerstaff (Sue) and Gene Bryant (Debbie); six grandchildren, Chris Bickerstaff, Amber Perry, Maria Temples (Joe Joe), Jeanna Barnes (Doug), Joshua Bryant (Melanie), and Justin Bryant (Amanda); fourteen great-grandchildren, Aubree Maddox, Kelsey Maddox, Davin Bickerstaff, Jazmine Rutland (Tristan), Kamryne Blocker (Cord), Ethan Temples, Breanna Mae, C. J. Barnes, AnnaKaylin Harrison (Kris), Branson Bryant, James Bryant, Josie Bryant, Savannah Price, and Anna Price; and eight great-great-grandchildren, Claire McClendon, Evie Kathryne Blocker, Brooklyn Harrison, Emily Harrison, Maverick Harrison, Karstyn Kelly, Maddox Temples, and Waylon Temples. One niece, Brenda Bryant and one nephew Wayne Verdin. Several great nieces and nephews. Mr. Carroll retired from the United States Army after serving 22 years. He served two tours of duty in Germany and Vietnam and one tour of duty in Korea. He received several medals and accommodations during his service. The Bronze Star Medal with 2 oak leaf clusters, the Air Medal with 2 oak leaf clusters, Army Commendation Medal with 1 oak leaf cluster, Good Conduct Medal with 5 loops on Bronze Clasp, the National Defense Service Medal with 1 oak leaf cluster, the Republic of Vietnam Campaign Medal with 6 service stars, the Vietnamese Cross of Gallantry with palm, Vietnam Service Medal with Bronze Star double and Silver Star, the Aircraft Crewman’s Badge, Army of Occupation Medal with German Clasp, Korean Defense Service Medal, Army Aviation Badge, Sharpe Shooter Band Rifle Bar, Expert Badge & Auto Rifle and Pistol Bar, are just a few. After retiring from the Army, he joined the Columbia Police Department and retired from Law Enforcement after 25 years. He served as a Patrolman, City Investigator, and was later promoted to Chief of Detectives and Assistant Chief of Police. He served as Acting Chief of Police for extended periods of time. In 1984, he received the Law Enforcement Officer of the Year award for Columbia and Marion County. After retirement he started his own business Bryant’s Investigations. Mr. Carroll returned to the Columbia Police Department where he served as Interim Chief of Police on two occasions, before finally holding the position as Chief of Police. Due to health reasons, after a couple of years, he had to take up retirement once again. Not being one to be kept down, years later he served as Circuit Court Bailiff for several years. Before he was disabled, he loved riding his tractor, working in the garden, taking care of the farm, farm animals and his pets. He took pride in taking care of their yard. He enjoyed working in his workshop and going fishing. Mr. Carroll was member of the Carson Springs Baptist Church, were he served as Deacon and a member of the Men’s Sunday School Class. He enjoyed the mission trips to Mexico to build Churches. He was always willing to help those in need. The most important things in his life was serving God and his family. He loved being Papaw Carroll. He was a member of the Veterans of Foreign Wars; Honorary Life Korean War and Vietnam War Veteran member of Post 1776; Honorary Life Membership in Mississippi Delta Post 1776; The American Legion Post 1776; Grand Lodge of Mississippi, F. & A. M., Master Mason of St Albans Lodge # 0060; Hattiesburg Commandery No. 21 Knights Templar; Grand York Rite Bodies of Mississippi, WAHABI Shriner; Order of the Eastern Star Marion Chapter #94 There will be a visitation at Carson Springs Baptist Church (10 Thad Rd, Sandy Hook, MS 39483) on Tuesday, September 20, from 4:30 pm to 7:30 pm. The funeral service will be at the church on Wednesday, September 21 at 10:00 am. Bro. Archie Herrin, Bro. John Talley and Bro. Rob Schepers Officiating the Service. Burial will follow in the church cemetery with Military honors and Masonic rites. In lieu of flowers, a donation can be made to the Carson Springs Baptist Church.
See more See Less

In Memory Of Carroll B. Bryant