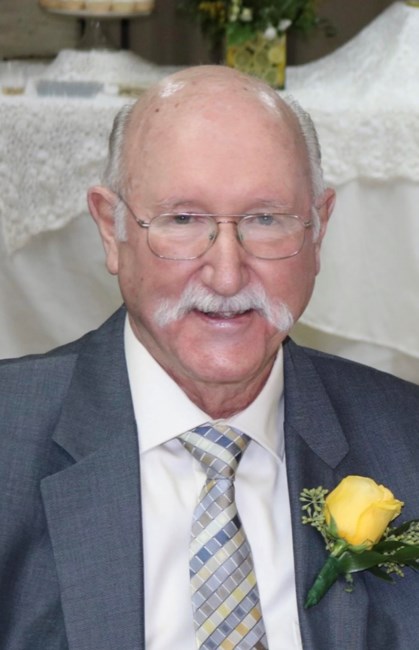 On Tuesday, January 17, 2023, Charles Randolph Gartman, of Morgantown, Mississippi, completed his earthly journey and has gone home to be with God at the age of 80. He was born in Tylertown, Mississippi to Charles and Eulice Gartman and was raised in Morgantown. Randolph was a veteran of the U.S. Air Force and served during the Vietnam Conflict. He served his country for 22 years and retired from Keesler Air Force Base in 1985 as a Master Sergeant. Randolph continued working for the Air Force as a civilian electronics instructor for a number of years until he went to work with the Space Program. He worked with Lockheed Martin until he retired for the second time and moved home to Morgantown. Randolph was a faithful man of God who served his Lord through his lifelong membership with the Church of God. He was devoted to his family and will be remembered as a loving husband, father, and grandfather. He was preceded in death by his parents and is survived by his wife of 56 years, Joan Gartman; a daughter, Charla Rowley (Gerald); three sons, Jason Gartman (Brandi), Jeremy Gartman (Aimie-Leigh), and Joram Gartman (Kelly); two sisters, Jill Fortenberry (Bob) and Rose Moulds (Ellis); fifteen grandchildren, Chelsea Phillips (Tyler), Jared Gartman (Courtney), Caitlin Gartman, Lauren Rowley, Evan Rowley, Megan Rowley, Peyton Rowley, Jentry Gartman, Colton Gartman, Wyatt Gartman, Raygan Gartman, Brittany Louge, Alex Louge, Cloie Louge, and Dailyne Woodward; and seven great-grandchildren, Hazel Phillips, Phoebe Phillips, Caroline Gartman, Olivia Gartman, Asher McClendon, Braxton Morgan, and Nora Kay Morgan. There will be a visitation for Randolph at Colonial Funeral Home on Friday, January 20, 2023 from 5:00pm until 8:00pm. The funeral service, officiated by Reverend Randall Buchanan and Reverend Raymond Aven, will be in the funeral home chapel at 10:00am on Saturday, January 21, 2023. Burial will follow in Morgantown Cemetery.
See more See Less

In Memory Of Charles Randolph Gartman