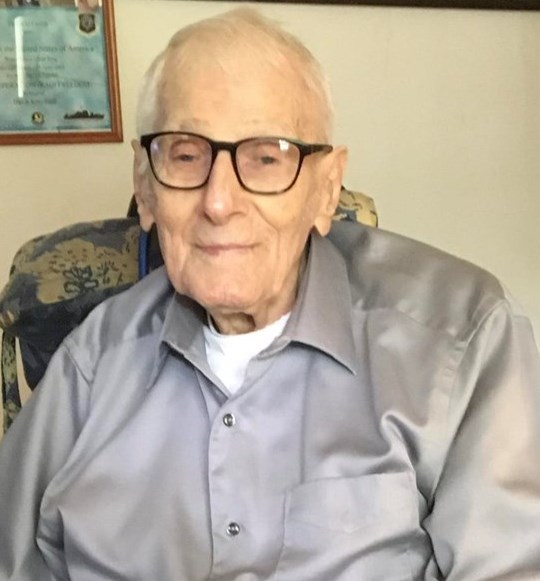 Daniel R. Ford, of Columbia, Mississippi, passed from this life into God’s presence on Thursday, July 21, 2022 at the age of 103. He was born in Columbia as the first of five children born to E. R. and Alice Ford. Mr. Ford served our country as a veteran of the Army Air Corps during WWII and served our community and his Lord through his membership with East Columbia Baptist Church where he was a deacon and a Sunday School teacher. He was a man of faith, devoted to his family and will be remembered as a loving husband, father, and grandfather. He was preceded in death by his parents; two sisters, Christine McElroy and Elizabeth Gardner; two brothers, Howard Ford and Frank Ford; and his wife, Kitty Ford. Mr. Ford is survived by his daughter, Mary Sears; four grandchildren, Terry Sears, Jr. (Anabel), Katharen Jones, Rebecca Dillie (Jason), and John Sears (Kelly); and seven great-grandchildren. There will be a visitation for Mr. Ford at Colonial Funeral Home on Sunday, July 24, 2022 from 1:30pm until 2:30pm. The funeral service, officiated by Reverend Randy Gardner, will follow at 2:30pm in the funeral home chapel. He will be laid to rest in Woodlawn Cemetery assisted by Joe Beets, Frank Tolar, Geoffrey McMichael, Marty Breland, Scott Oliver, and Jerry Broom serving as pallbearers.
See more See Less

In Memory Of Daniel R. Ford