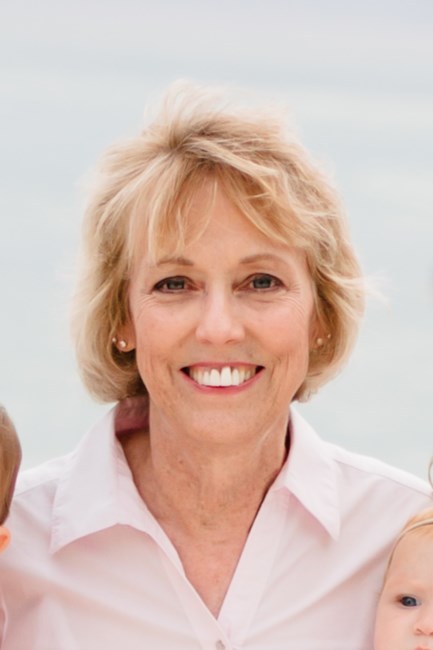 Beverly Hawkins Corcoran, 65, of Salem, Alabama went to her heavenly home on Thursday, May 12th, 2022 surrounded by her family as they sang hymns and prayed her into the loving arms of her maker. She will be deeply missed by her beloved family and friends. A memorial service will be held on Monday, May 16th, 2022 at 4:00 P.M. at First Baptist Church Columbus, Georgia with Dr. Jimmy Elder officiating. Visitation will be immediately after the service in the Fellowship Hall. The service will be live streamed. Beverly was born on April 13, 1957 in Birmingham, Alabama, the daughter of William R. and Beth A. Hawkins. She taught school close to 40 years teaching her first career in the Fort Benning School System and second career at Brookstone School. She taught kindergarten most of her careers and dearly loved teaching, her students as well as her colleagues. She also directed the children's ministry at First Baptist Church for several years. Family was most important to Beverly. She loved being a wife, mother, and grandmother "Mama Bev" to six beautiful grandchildren. She devoted much of her time to babysitting, playing games, baking and of course teaching her grandchildren. She also loved scrapbooking, especially with her sister, Cyndi, playing cards with her card group and playing games with anyone that would play with her! Beverly was preceded in death by her grandparents, Walter and Margarite Andrews; father and mother-in-law, George and Winnell Corcoran; brother and sister-in-law, Jimmy and Maryann Corcoran and infant brother, William Hawkins, Jr. Beverly is survived by her husband of 41 years, Dr. Ken Corcoran of Salem, Alabama; sons: Blake (Jenn) of Fortson, Georgia, Josh (Abi) of Salem, Alabama and Zach Corcoran of Columbus, Georgia; six grandchildren: Cal, William, Max, Sadie, Ellen, and Winn Beverly; parents William and Beth Hawkins; sisters, Melanie Manzella (Al) of Birmingham, Alabama and Cyndi (Mike) Winslett of Newnan, Georgia; brother-in-law and sister-in-law George and Carolyn Corcoran Seale, Alabama; brother-in-law and sister-in-law Doug and Mary Jane Corcoran of Fort Mitchell, Alabama; and numerous nieces, nephews and extended family. Fond memories and expressions of sympathy may be shared at www.shcolumbus.com for the Corcoran family.
See more See Less

In Memory Of Beverly Hawkins Corcoran