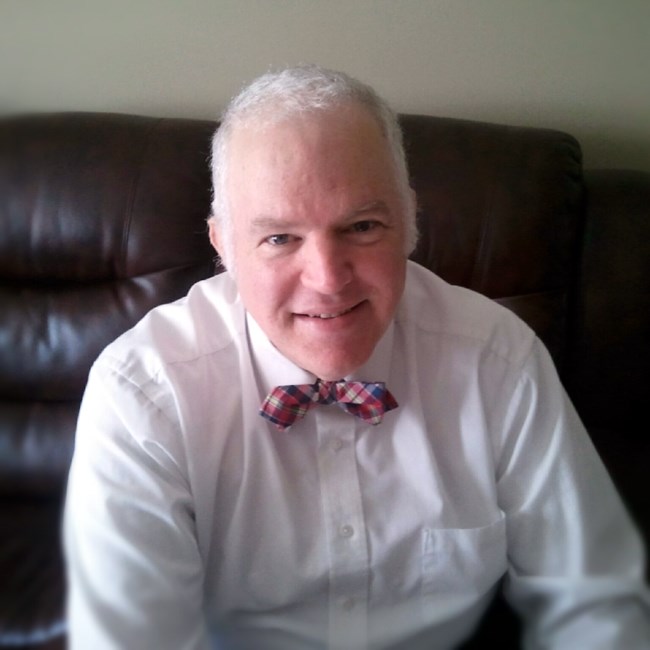 Charley Garrett was born in Fort Stewart, GA and he graduated from Zama American High School in Zama Japan in 1974. He attended Pensacola Junior College and Florida State University, graduating from FSU with a degree in biology in 1978. He served a two year mission to Japan for the Church of Jesus Christ of Latter-day Saints from 1978 to 1980, becoming fluent in Japanese. Later he earned a Master’s Degree in Information Technology from Columbus State University while working for Total System Services in Columbus, Georgia, where he worked as a computer programmer for 30 years from 1990 to 2020. Charley married Lauretta Suzanne Elliott on January 26, 1982 in Kensington, Maryland at the Washington DC Temple of the Church of Jesus Christ of Latter-day Saints. He was preceded in death by his son Benjamin Peter Garrett and his parents Charles Edward Garrett, Senior and Virginia Pauline Boles. Survivors include his wife Lauretta Elliott Garrett, sisters Lynn Rose Parkes (Jim) and Dawn Marie Olsen (Phillip), daughters Dana McKeen (Henry) and Jennifer Harvard (Joseph), and sons Christopher Garrett (Heidi), and Joseph Garrett (Laurissa). He is also survived by 12 grandchildren: McKinna Harvard, Ruby McKeen, Evelyn Garrett, Danielle Garrett, Sammy Garrett, Tommy Garrett, Julian Harvard, Anna Garrett, Benji Garrett, Michael Garrett, Charlotte Garrett, and Clara Garrett. Charley was an active member of the Church of Jesus Christ of Latter-day Saints. He served through the years in various volunteer callings in the church including high-council member, bishopric member, and nursery leader. Charley’s greatest love besides his family was music. He was an excellent guitar player and singer and participated in various singing groups over the years. He sang choir at Pensacola Junior College. He performed at civic functions in Tallahassee with his quartet the Tallahassee Flats and his trio Friends. After moving to Columbus, Georgia he became actively involved with the Sons of Lafayette male chorus based in Lagrange, Georgia and performed with them in LaGrange and surrounding locations. He also traveled with them to England to perform overseas. Charley sang high tenor in the chorus. In his quartets he sang high tenor or lead. He loved to perform folk and pop tunes while playing his guitar and he also loved barbershop quartet music and gospel tunes for quartet. In addition to the Tallahassee Flats, he had at least two additional quartets, Wildwood and Shoal Creek. He sang with Shoal Creek for many years with Sons of Lafayette members Otto Korth and Terry Cobb and other rotating members. Even as he began to battle Parkinson’s disease, he enjoyed one last concert performance with the Sons of Lafayette. Charley battled Parkinson’s disease with great dignity and patience and was loved by those who helped care for him. He had great faith in God and shared that faith with others even as his health was failing and he struggled to find words. He loved to say that God was not way off in heaven somewhere doing Godly things but was involved in our everyday lives. Charley would want his family and friends to rejoice in and find hope in their faith and celebrate the time they were able to have with him. Fond memories and expressions of sympathy may be shared at www.shcolumbus.com for the Garrett family.
See more See Less

A Celebration of Charley's Life