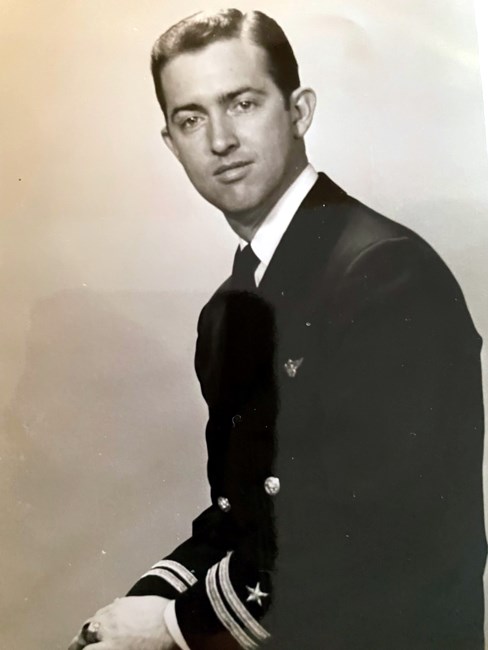 Donald “Don” Corley, age 86, of Panama City, Florida passed away on Thursday, January 20, 2022. A Memorial Service will be held Friday, January 28, 2022 at 2:00 at Striffler-Hamby Mortuary with a Celebration of Life immediately following at the Columbus Country Club. Donald was born in Columbus, Georgia on February 24, 1935; the son of Arthur Corley and Ruth Kidd Corley. Don graduated from Jordan High School in 1953. He then went on to graduate from the University of Georgia in 1958, with a Bachelor’s Degree in Aeronautical Engineering. Don joined the U.S. Navy and became a Naval Aviator from 1958 until 1964. He then began his career with Trans World Airlines (TWA) in 1964 until his retirement in 1991. He lived in Marina Del Rey California before moving back to Columbus in 1974. He married Debbie in 1979. Since his retirement he has spent most of his time in Panama City Beach, Florida. Throughout his life he developed passions for Flying and Golf. Don traveled all over of the world and was always up for an adventure. He flew his small twin engine plane all over the south and to their home in the Bahamas. He was a member of Green Island County Club and Columbus Country Club for years and loved playing with all his friends there. In the last 25 years, he played the courses of Bay Point where he lived. Don is preceded in death by his parents, Harry Arthur Corley and Ruth Kidd Corley; and his sister, Judith Palmer. Survivors include: his wife, Debbie; nieces, Wanda Hodges of Perry, GA, Pamela Fanelli, of Jonesboro, GA; nephew, Sonny Palmer IV of Columbus, GA; sister-in-law, Michelle Ellis and her husband Bill of Atlanta; and many grandnieces and grandnephews. Fond memories and expressions of sympathy may be shared at www.shcolumbus.com for the Corley family.
See more See Less

In Memory Of Donald Corley