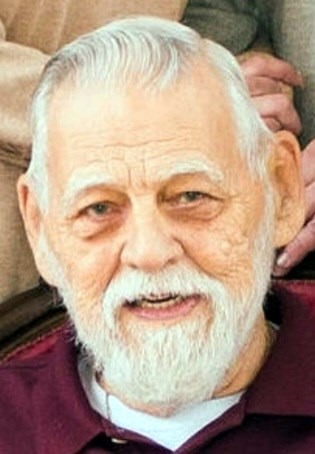 Edward Leroy Ceely, age 83, of Columbus, Georgia passed away on January 16, 2022. Family will visit with friends at Schomburg Baptist Church from 9:30 AM until 10:15 AM on Friday, February 4 with funeral services proceeding at 10:30 AM and inurnment following at Fort Mitchell National Cemetery at 12:30 PM. Edward was born in New York on May 14, 1938 to the late, Frank Henry Ceely III and Laura Ada Ceely. He graduated from Cornwell Central High School in 1956. On December 24, 1974 in St. Peters, The Scottish Episcopal Church in Fraserburgh, Scotland, he married the love of his life, Mary G. Richardson Ceely. Edward was proud of his military career, having served in the United States Army for 8 years and retiring from the United States Air Force after 20 years of dedicated service. He also retired from IBM after 20 years of service. Community involvement was an integral part of Edward’s life. He was active in many organizations including the Black Rock Fish and Game for Underprivileged Children,and was a Scout Master in Columbus, Ga, and Fraserburgh, Scotland, serving as a Scout Master for Physically/Mentally Challenged Boys. Edward lived a full life, sharing love with his wife, five children, twenty eight grandchildren and his dog, Laddie. A generous and thoughtful man, he valued time well spent with those he loved most. He had a profound love for Scotland. In his younger years he enjoyed hunting, fishing, camping and hiking. He will be remembered for the many things he taught us: love for Christ, good morals, and a strong work ethic. He always pushed those around him to be their very best and to honor their parents and families in all that they do. He leaves behind his most important legacy of all, his family. Edward is preceded in death by: his wife, Mary G. Ceely; his father, Frank H. Ceely; mother, Laura A. Ceely; brothers, Fran Ceely, Richard A. Ceely; sister-in-law, Michelina Ceely; brother-in-law, Billy Richardson, Sister-in-law, Dorothy Mare; nephew, Alex Richardson, and niece, Angie Ceely DeStefano. Survivors include his children, Edward R. Ceely of Box Springs, GA, Wendy Lee Hall of Morganton, GA, Hamish Barrie of West Hurley, NY, Frank H. Ceely III of Hattiesburg, MS, and Dean Barrie of Wallkill, NY; twelve grandchildren; sixteen great-grandchildren. Fond memories and expressions of sympathy may be shared at www.shcolumbus.com for the Ceely family.
See more See Less

In Memory Of Edward Leroy Ceely

A Celebration of Edward's Life