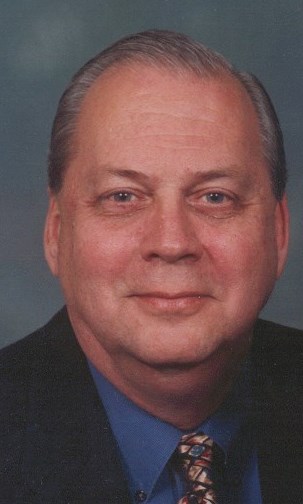 LTC Ret. Grover Michael Kent(Mike), age 76, of Hamilton passed away on Friday, January 14th, 2022. He passed at home peacefully with family holding his hand telling him they loved him. He was born in Johnson City Tennessee on February 15th, 1945, to the late Grover Cleveland Kent, Jr. and Lola Maude Richards. LTC Ret. Kent was commissioned in the US Army May 26th, 1968, upon graduation from Oklahoma State University. He served as Executive Officer in Headquarters and Headquarters Troop, First Squadron, 17th Cavalry, and in the First Brigade, 5th Division (Mech), Republic of Vietnam. Upon his departure from Vietnam and following a branch transfer to the Military Police Corps, he was assigned to the United States Army Engineer Command in Frankfurt, West Germany, as Plans Officer and Provost Marshal. In 1971, LTC Ret. Kent was reassigned to Vietnam where he served as a Company Commander of the 300th Military Police Company and S-3 of the 95th Military Police Battalion. Upon his return, he attended the Military Police Advanced Officer Course and Graduate School. LTC Ret. Kent has served in combat developments, as a service school instructor and as an ROTC Instructor. He has also served as Provost Marshal of the Hanau Military Community in West Germany. He is a 1981 graduate of the Command and General Staff College, a graduate of Oklahoma State University, and he received his Master of Arts in Criminology from Sam Houston State University. In 1986 he was assigned as Commander, Fort Benning CID District. Upon retiring from the Army on June 1, 1988 LTC Ret. Kent worked in the private sector for 14 years. LTC Ret. Kent was awarded the Bronze Star Medal with two Oak Leaf Clusters, Meritorious Service Medal with one Oak Leaf Cluster, and the Army Commendation Medal with three Oak Leaf Clusters, the National Defense Service Medal, Vietnam Service Medal with one Silver Service Star and one Bronze service star. Mike loved to read, travel, fish, spend time at the beach and spend time with family. He was a member of Midland Methodist Church where he previously volunteered in various capacities. Mike was a man of few words but always a man of his words. Mike always did what he said he would do without having to be asked again. He loved unconditionally and he loved his wife Lee as much when he died, maybe more, than when they married 35 years before. Mike is survived by his wife of 35 years, Lee Schomburg Kent; Sister, Patti Leonard (Ken); Children, Karen Long (Rick), Michael Kent (Loren), John Crumpler (Beth), Cathryn Loyal (Scott) and Caroline Barfield (Richard); Grandchildren, Danyelle Kent-Robinson, Redick Kent, Clay Long, Christian Long, Mackenzie Long, Mia Long, Kim Pickett, Riley Taylor, Andie Loyal-Simon, Richard Barfield, John Barfield, Elizabeth Crumpler, Charlotte Crumpler and 5 great grandchildren as well as several nieces, nephews and other beloved family members. Service will be held Saturday, January 22nd, 2022 at 2pm in the chapel at Striffler-Hamby Mortuary. Family will receive visitors beginning at 1pm. In lieu of flowers, memorial donations can be made to: Midland Methodist Church 9100 Warm Springs Rd, Midland, GA 31820, Cataula VFW Post 1055 7379 US-27, Cataula, GA 31804, and Columbus Hospice 7020 Moon Rd, Columbus, GA 31909.
See more See Less

In Memory Of Grover Michael Kent