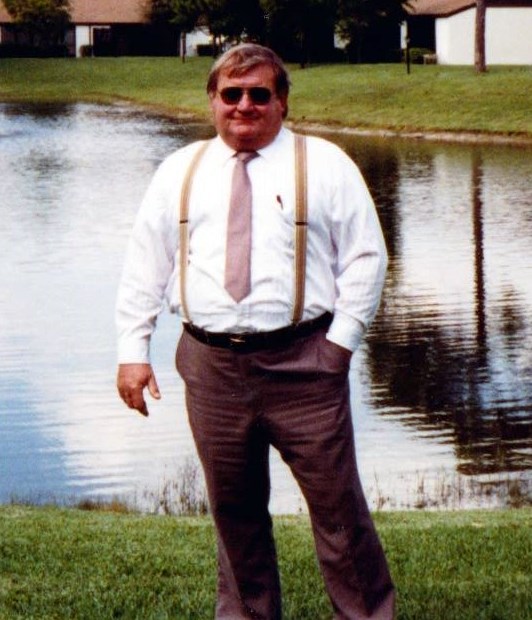 John H. Grose, Sr, age 84, of Phenix City, AL, passed away on Sunday, July 31, 2022. A visitation for family and friends will be held Saturday, August 6 from 12:00 PM to 2:00 PM at Striffler-Hamby Mortuary, 4071 Macon Rd, Columbus, GA. Funeral services will follow at 2:00 PM at the Chapel of the Pines, located in Parkhill Cemetery, 4161 Macon Rd, Columbus, GA. Immediately following the service, a small reception will be held for family and friends at Striffler-Hamby Mortuary. John was born in Pittsview, AL, on April 2, 1938, the son of Lee Grose I and Kathleen Grose. John graduated from Chavala High School in 1956. He briefly attended Auburn University, where he studied engineering and was a walk-on for the Auburn Tigers football team. John was drafted into the United States Army in 1961, where he served until 1963, earning the rank of Sargent. After leaving the military, John married the love of his life, Bobbie J. Wade of Columbus, GA. They would be married 53 years until her death in 2018. Together they raised four children to whom John was a devoted father. He embodied Christ’s example of unconditional love to his children. He taught them the value of hard work. Over John’s career as a commercial construction superintendent, he built numerous commercial structures around Columbus and Phenix City and in many other locations across the Southeast. He spent the last 34 years of his career with Pound Construction, where he retired at the age of 76. John had a love and knowledge of history that he shared with many. Besides his love for history, John’s other interests and hobbies included woodworking, reading, crossword puzzles, westerns, classical music (and as of late, Credence Clearwater Revival), and any Waffle House that was in his vicinity. He was a lifelong fan of his Auburn War Eagles and The World Champion, Atlanta Braves. John was a member of the Phenix City, AL Seventh-day Adventist Church. John is preceded in death by his devoted wife, Bobbie Grose; parents, Lee and Kathleen Grose; siblings, Lee Grose II (Becky), Sarah Copeland (Charles), and Pierce Grose; and his beloved daughter, Laura Grose. He is survived by his loving children, Sandi Miller and her husband Tim, Tina Sechrist and her husband Kevin, John (Jay) Grose, Jr. and his wife Jana; 5 grandchildren, Nikki Warden, Jeremy Waldon, Lacey Grose, Johnathan Grose, and Jacob Buckner; 3 great-grandchildren, Lilah Warden, Laura Grose, and Roman Grose; and sister-in-law, June Grose; along with many other nephews and nieces. Fond memories and expressions of sympathy may be shared at www.shcolumbus.com for the Grose family.
See more See Less