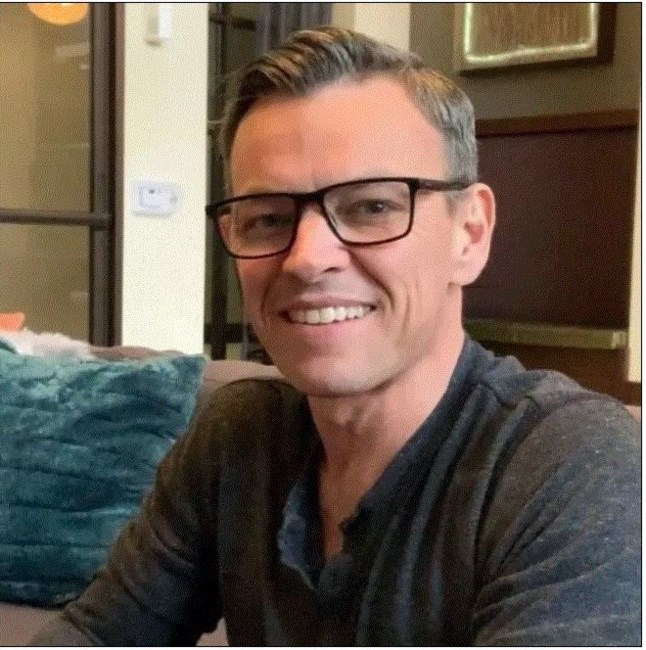 Our hearts are crushed beyond words to tell you that our sweet Ryan went home to be with the Lord on July 25, 2022. He fought the good fight and won heaven, so we rejoice in knowing that he is now restored. Ryan came into this world on October 22, 1976, and in the 45 years that he was here with us, he gave us more life than in a hundred years. He began his writing career around seven years old with a short science fiction book entitled, The Mornz, followed by its sequel, The Return of the Mornz. Eventually, he would add a children’s book, You’ll be All Right, Buddy, which he wrote and illustrated. This book was published by Blue Cross and Blue Shield of Georgia in 1999. Twenty years later, in 2019, Ryan published his memoir, This Is Remission, which won the silver award in the IBPA Benjamin Franklin Awards in 2020. Ryan established 2survive dotcom, an online community of cancer survivors where those dealing with this disease could network, find information, and support each other. For many years, Ryan contributed to CURE magazine and wrote several articles for Coping, one in which he said, “I want to share my story and show others affected by cancer that they can overcome…” Ryan demonstrated this in many ways, including earning his black belt in traditional Jujutsu. “I’d also advise those who are facing cancer to surround themselves with amazing people.” And, that is exactly what Ryan did. He has amazing friends. In 2019, Ryan created BambaBox.com to serve children dealing with health issues like he had as a child. Bamba Box has shipped hundreds of boxes filled with toys, treats, and surprises to children and their caregivers all over the country and several to those overseas. He said many times, “Let’s make sure this kid gets some special stuff in his Bamba Box." Music was always important to Ryan. One of his earliest memories was listening with his brother Jason to Casey Kasem’s American Top Forty and recording his favorite songs to listen to during treatment. He wrote that “during treatment those tapes in my Walkman were a great escape.” Ryan’s career as songwriter and artist began early in life as well. At sixteen, he collaborated with his fishing buddy to write, “Rain Sometimes Falls from Blue Skies,” and he was adamant that he’d seen that happen. In 2007, Ryan got his first record deal with Mighty Loud Records and released “Lay Me Down,” his first single. “Some of the hardest times in my life have inspired me to write songs,” he wrote. Then, in 2010, Ryan created his “Hear the Heart” tour, traveling throughout the South and Southeast performing his music at children’s clinics and hospitals, Ronald McDonald Houses, and Hope Lodges. His song, “Where Hope Lives,” was commissioned by the American Cancer Society in 2011, with Ryan performing at their annual fundraising event as the featured artist. “I’d like to think that a few people heard the lyrics to this song and found a little hope,” he wrote. His music has been used at Relay for Life events, in TV commercials, and PSAs, his song “Survivors Survive” being re-released in 2015 on World Cancer Day. Just recently released "Scars" features American Idol contestant and five-time Billboard artist, Jimmy Levy, along with producer and singer, Brett Raio. Another of Ryan’s latest releases, “Heart in Georgia,” was produced by his great friend, Jeff Tomei. Included in some of his latest releases are songs that express his faith in God, such as, “When the Sky Breaks” and “One Little Spark.” Ryan completed his B.S. Degree in Information Technology from Columbus State University in Georgia. He was proud of his many accomplishments in content marketing and SEO, helping many businesses reach the front page of Google and gain visibility in highly competitive markets. Above all, Ryan was a committed Christian, recently re-dedicating his life to Christ. He told his mother a few weeks ago, “Mom, if I go now, I’m in a good place.” Ryan treated everyone he met with equal kindness, praying for people he’d see on the street or as he took his morning walk. With his humor, his intellect, and his kind and caring heart, Ryan has left us with precious memories and beautiful creations that will continue. Ryan’s music will go on to speak to us of God’s love, and his compassion toward children experiencing similar health issues as Ryan did as a child will continue with his creation of BambaBox dotcom. We thank each of you for your friendship with Ryan. He loved each one of you. We appreciate your prayers for Ryan and your continued prayers for his family as the loss of him is great. Read his words in his book, This Is Remission, play his music and sing the lyrics, and remember the gentle soul that is Ryan Hamner. Grieving Ryan’s loss here on earth are his brother and sister-in-law, Jason and Amanda Hamner (Jacksonville, FL); his father, Mike Hamner (Columbus, GA); his mother, Nancy Hamner (Jacksonville, FL); other dear family members; and hundreds of amazing friends. A celebration of Ryan's life will be held at 11:00 am on Saturday, August 6, 2022 in the Edgewood Hall of Striffler-Hamby Mortuary, Columbus, GA. A private family interment to follow in Parkhill Cemetery, Columbus. GA. Family and friends are invited to a reception in the Mill Room of Striffler-Hamby Mortuary following the interment. Services will be live streamed through Facebook at; Striffler-Hamby Mortuary at Parkhill Cemetery. Fond memories and expressions of sympathy may be shared at www.shcolumbus.com for the Hamner family.
See more See Less

In Memory Of Ryan Hamner

A Celebration of Ryan's Life

A Reception to Honor Ryan's Life