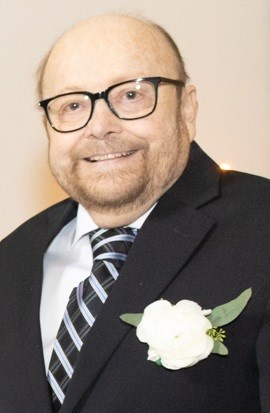 Bruce R. Bigham, age 73, died Sunday, October 9, 2022. He was born July 22, 1949, in Fostoria, Ohio, and was preceded in death by his parents, Robert Bigham and Nancy Weaver Bigham Stratton. Bruce will be deeply missed and is survived by his loving wife of 44 years, Noel (Smith) Bigham; sister Becky Wildman; daughter Lauren (Jason Esmailzadeh) Bigham; son Ted (Jessica) Bigham; grandchildren Ethan Howe, Gemma and Rocco Esmailzadeh; brothers-in-law David Smith and Dennis (Carmia) Smith; sisters-in-law Prudy (Phil) Goodyear and Claudia (Marty) Saperstein; and numerous nieces and nephews, extended family, and many dear friends. In his youth, Bruce was a skilled equestrian and enjoyed riding and showing horses and was Madison County Grand champion in 1960. Bruce was a 1967 graduate of London High School and later received his bachelor’s degree in economics from Ohio Wesleyan University. He was a talented musician and played at numerous events in both his hometown of London, as well as in Columbus, Ohio. During the summer of his junior year in college, he performed at the Jai Lai restaurant for such notables as Woody Hayes and former Governor James Rhodes. Bruce was employed by The U.S. Department of Labor (OSHA) for 35 years. After 9/11 he volunteered as a member of the OSHA World Trade Center emergency response team. He had lifelong passions for music, cooking, for which he had a recipe published in Gourmet magazine, and watching OSU football. In later years, he enjoyed cheering from the sidelines at his grandchildren’s sporting events. He loved his family dearly and they spent many of their summers vacationing in Lakeside, Ohio, making many happy memories. Family will receive friends from 4:00 to 7:00 p.m. on November 2, 2022, at SCHOEDINGER NORTHWEST, 1740 Zollinger Road, Columbus, Ohio 43221. In lieu of flowers, memorial contributions may be made to James Cancer Hospital. Please visit www.schoedinger.com to share memories and condolences.
See more See Less

In Memory Of Bruce R. Bigham