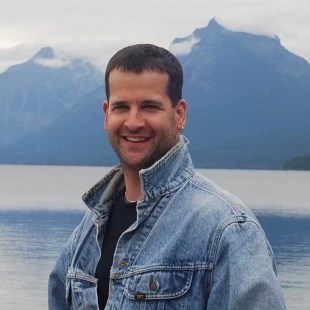 Daniel Lawrence Benway, 51, was a beautiful man who cared greatly about excellence and compassion. He was committed to the people in his life thriving and doing their best. He was meticulous about himself, his space and his work. He was a lover of birds and all living things. During fall drives on country roads, he would frequently slam on the brakes to save wooly bear caterpillars—jumping out of the car, scooping them up and delivering them safely to the edge of the road. He could pick out tiny spiders on nature hikes and spot hawks sitting motionless on light poles. His favorite trip was to a remote area of Montana, where he could hear only the rustle of the wind and smell only the alfalfa. He was so sensitive to noise, litter, and pollution that he could taste preservatives in food and often stopped on walks to pick up the tiniest shreds of plastic. It may come as no surprise then, that this flawed world could never meet his high standards, and he died by his own hand on January 22, 2023, finally ending his years of struggle with depression and anxiety. Daniel was a graduate of Binghamton University, and was accomplished in his career of Information Technology and Information Security, having achieved a number of advanced certifications including MCSE and CISSP. What brought him joy more than anything else in his work was learning deeply and then sharing what he learned in a clear and concise manner with his colleagues. If he could make the path easier for someone coming behind him, that’s what he did. He is preceded in death by his parents, Robert Benway and Betty Jane Perkins Benway. He is survived by his legal partner/wife, Alice Foeller, and her children, Noah and Michael; his sister, Kathleen Beardsell, and her children, Allyn and Pamela; his family-by-choice, the Kings (John and Helen King, their children Paul and Charlie King, and their spouses and their children, whom Daniel also considered his nieces and nephews). He also lives on in the memories of his many friends from college, life and work; his Men’s Group; his dear neighbor; Linda Scarbrough, his extended family; and all of the people in his favorite shops and restaurants who knew his gentle nature. Daniel’s wishes were for his ashes to be scattered in nature, and to have a social gathering in a beautiful setting, which will be announced at a future date. Donations can be made in Daniel’s name to Friends of the Metro Parks in Columbus and Franklin County (metroparksfriends.org) or to Alice’s community project, Elevate Northland (elevatenorthland.org) “This world was never meant for one as beautiful as you.” – from the song “Vincent”
See more See Less

In Memory Of Daniel L. Benway