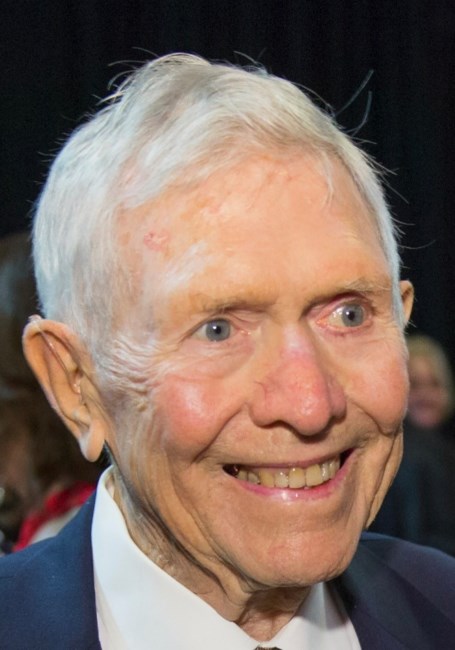 Fred Fisher, age 97, went to live in the House of the Lord on January 14, 2023. He was born in Niles, Ohio on August 6, 1925 to Fred Fisher and Matilda Boyd Fisher. Fred is survived by his daughter, Melinda Fisher (Brooks) Bertl; his granddaughters Megan A. Matte and Madelyn K. Bertl and his first wife Madelyn Sickles Fisher. He is proceeded in death by his parents; his sisters Violet, Edith and Ruth; his children Melanie Fisher Matte and Scott Fisher; and, second wife Molly Caren Fisher. Following high school he joined the Navy and was a veteran of World War II. After the Navy he attended Miami University in Oxford, Ohio and The Ohio State University in Columbus, Ohio. Fred loved the outdoors and spent his career in horticulture and landscaping. He also loved to travel, and cruised around-the-world nine times. His favorite cruises were, the last two with his daughter, Melinda. Fred was always described as a kind, wonderful man with a brilliant sense of humor. Most of all, he loved The Lord. There is no service planned and in lieu of flowers consider supporting one of his favorite places, The Molly Caren Agricultural Center. Please send donations to Farm Science Review Molly Caren Agricultural Center Capital Improvement Fund, Ohio State University fund 307837, c/o The Ohio State University Foundation, PO Box 710811, Columbus, Ohio 43271.
See more See Less

In Memory Of Fred Fisher